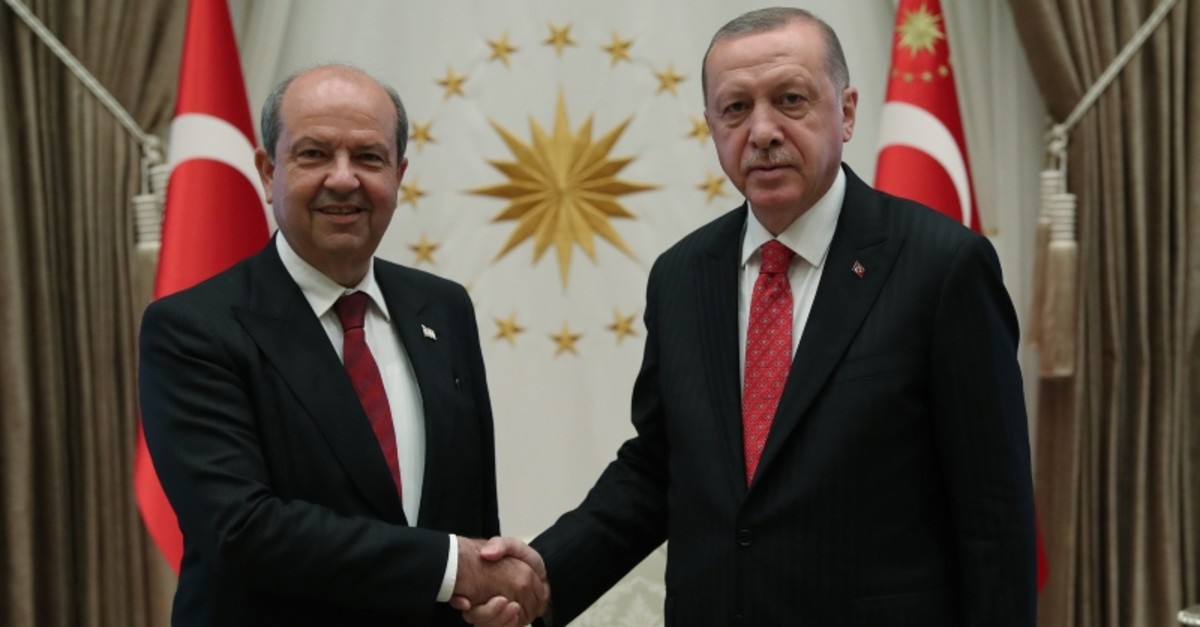 Turkey will resolutely continue the exploration of hydrocarbon resources in the Eastern Mediterranean, President Recep Tayyip Erdoğan said Thursday evening during a news conference with the Prime Minister of the Turkish Republic of Northern Cyprus (TRNC) Ersin Tatar in Ankara.

"No project ignoring Turkey or the Turkish Republic of Northern Cyprus can be realized in Eastern Mediterranean," Erdoğan warned.

"We will continue to defend the rights of Turkish Cypriots with the same dedication," Erdoğan said, adding that problems in the region are caused by the "irreconcilable attitudes of the Greek Cypriots."

Regarding the unification of the Cyprus island, Prime Minister Tatar underlined the importance of Turkey's involvement.

"Turkey must remain a guarantor state in the event of an agreement on the unification of the island of Cyprus," he said, adding: "Turkish Cypriots are deeply content with Turkey's dedicated stance on a solution."

Tatar is in Turkey for his first official visit to the country upon the invitation of Erdoğan.

Several high-level officials from the TRNC are accompanying Tatar during his trip.

Turkey's first seismic vessel, the Barbaros Hayrettin, bought from Norway in 2013, has been carrying out exploration in the Mediterranean since April 2017.

The Turkish-flagged drillship Fatih launched its offshore drilling operations on May 3 in an area located 75 kilometers off the western coast of Cyprus. The area falls entirely within the Turkish continental shelf registered with the U.N. and in permit licenses that the Turkish government in previous years granted to Turkish Petroleum, the country's national oil company. The second drillship Yavuz, a twin vessel of the Fatih, is located on the west of the island off Karpas.