Erdoğan to meet US counterpart Trump at UN General Assembly 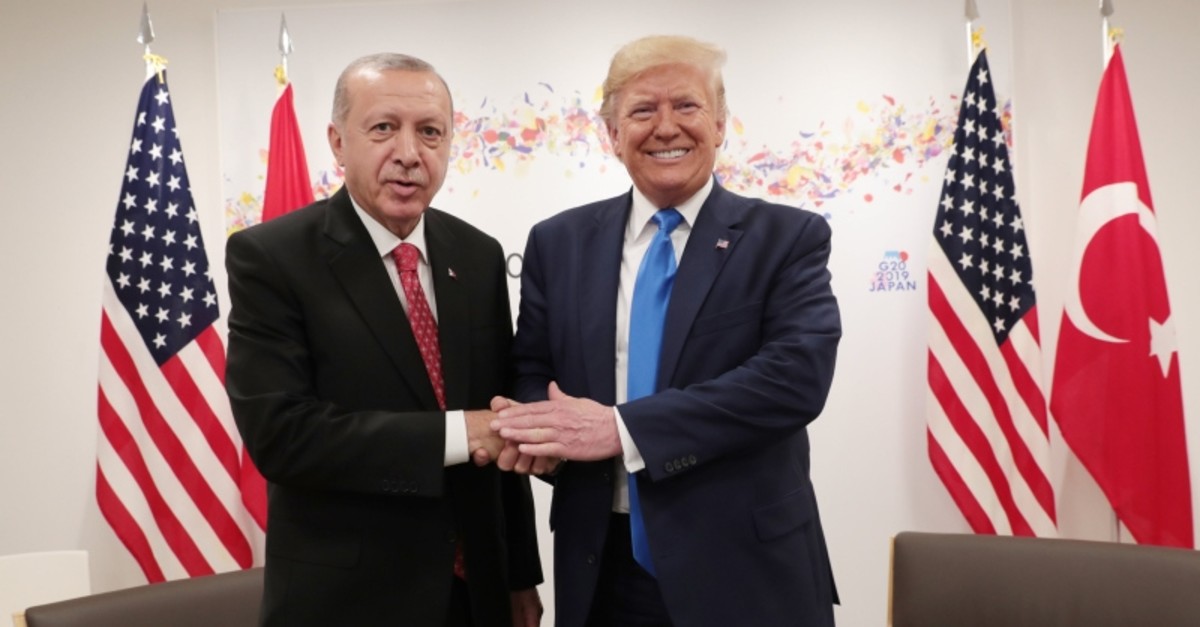 Speaking in Ankara, the president said developments in Idlib, where Turkey has peacekeeping forces, were "not at a desired level."

"There has been harassment [fire] against our monitoring towers, Number 9 and 10, in Idlib. Necessary warnings have been made [to Russia] following our meeting with Mr. Putin," he said.

Shortly after his comments, the Russian Defense Ministry said the Syrian regime would cease fire in the northwestern Idlib region starting Saturday at 3 a.m. GMT.

Bashar Assad's forces, backed by Russian air power, have been waging an offensive in the Idlib region, the last remaining opposition-held territory in Syria's war, under the pretext of fighting terrorists in the region.

On the topic of the safe zone, Erdoğan said the U.S. delegation sought to further narrow the 20-mile safe zone, though a temporary agreement holds.

First steps to form a safe zone in northern Syria were taken by Turkey and the U.S. in the beginning of August.

Also, touching upon the purchase of F-35 fighter jets, Erdoğan said that considerations regarding the purchase of Russian Su-35, Su-57 jets were all part of precautionary measures.

"Beyond putting the Su-35 or 57 issue on the table, the issues that we are discussing are what measures we can take for our defense industry or for our defense, and these are surely aspects being discussed as part of our precaution packages," he said.

Erdoğan said that if the U.S. continues its current position on F-35 fighter jets, Turkey will look for alternatives.

"We believe there will be more transactions with Russia in the future," he added.

Earlier last month, Washington announced it was taking Turkey out of the F-35 fighter jet program, following threats to do so over Ankara's purchase of Russian S-400s. The expulsion is slated to be completed by the end of March 2020.

U.S. President Donald Trump blamed the ongoing row over the F-35 on the Obama administration, whom he said created the problem by not allowing the Turkish government to purchase the U.S.' Patriot missile system.