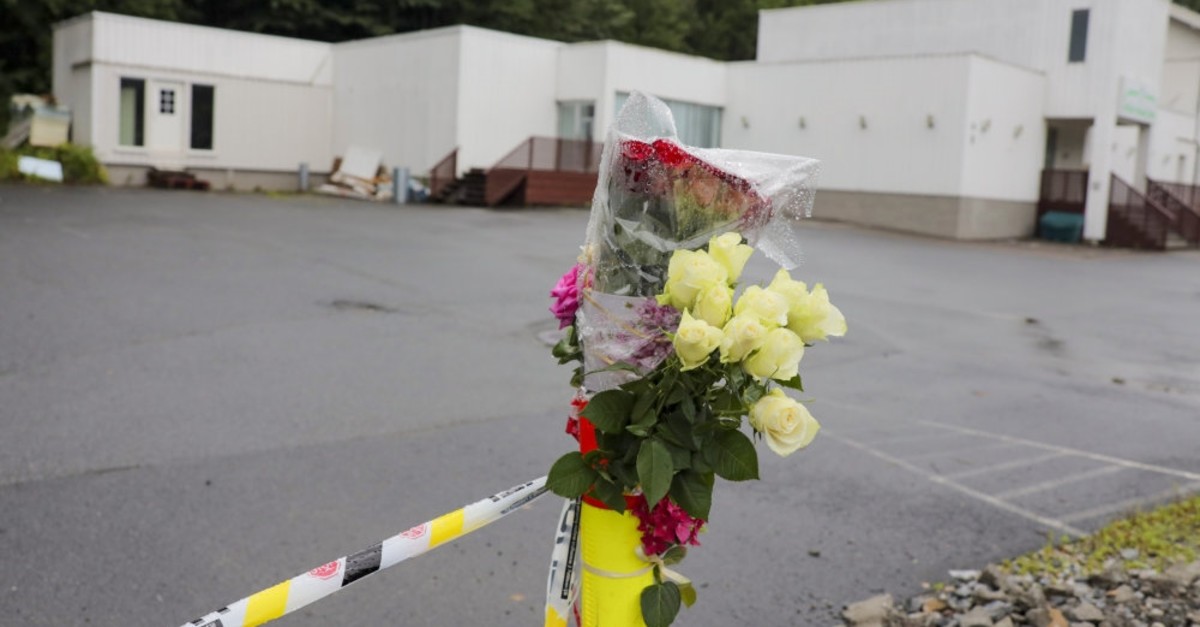 As part of his two-day visit to the Norwegian capital Oslo, Foreign Affairs Minister Mevlüt Çavuşoğlu visited the Al-Noor Islamic center mosque, which was attacked on Aug. 10 by far-right activists following an anti-Muslim ideology on rise in the Western world. While condemning the act once again, Çavuşoğlu also expressed gratitude to the Norwegian authorities for their strong stance against such terrorist acts.

"We thank Norwegian authorities that send prudential messages against Islamophobia," Çavuşoğlu said while looking at the traces of the terrorist attack, adding that anti-Muslim sentiment can only be hindered by working together.

Çavuşoğlu was accompanied by Pakistan's Ambassador to Norway Zaheer Pervaiz Khan and Norwegian authorities during his visit to Al-Noor in the town Baerum.

The assailant entered the mosque in the affluent Oslo suburb of Baerum on Aug. 10 armed with multiple weapons and opened fire before being overpowered by a 65-year-old man, who suffered minor injuries. The suspect, who attempted to carry out a massacre resembling the Christchurch attack, was later detained. After the attack, Prime Minister Erna Solberg expressed her sympathy with those who had been present at the mosque or were affected.

Anti-Islam attacks have soared, especially in European countries, in recent years. For example, Germany has witnessed growing Islamophobia and hatred of migrants triggered by far-right parties, which have exploited fears over the refugee crisis and terrorism. Police recorded 813 hate crimes against Muslims last year. At least 54 Muslims were injured in the attacks, which were carried out mostly by far-right extremists.

During his visit upon the invitation of his Norwegian counterpart Ine Eriksan Søreide, the top diplomat's program also included a Victory Day reception and meeting with Turkish citizens. On the occasion of Victory Day, Çavuşoğlu attended the reception at the Turkish Embassy's official residence hosted by Turkey's Ambassador to Oslo Fazlı Çorman. At the reception, which started with the national anthems of the two countries, Çavuşoğlu stated in English, "We are determined to further our already perfect relations," adding that is was his pleasure to be in Oslo.

He indicated that bilateral, regional and international issues would be comprehensively handled. Çavuşoğlu also visited the Norwegian energy company Equinor and took part in a meeting at the Norwegian Institute of International Affairs (NUPI).

"Norway has a tradition of consultation and cooperation. Bilateral diplomatic relations continue since they were established in 1926. Both of our countries are critical partners in NATO," he said after the meeting.