Syria safe zone nothing more than a name, Erdoğan says 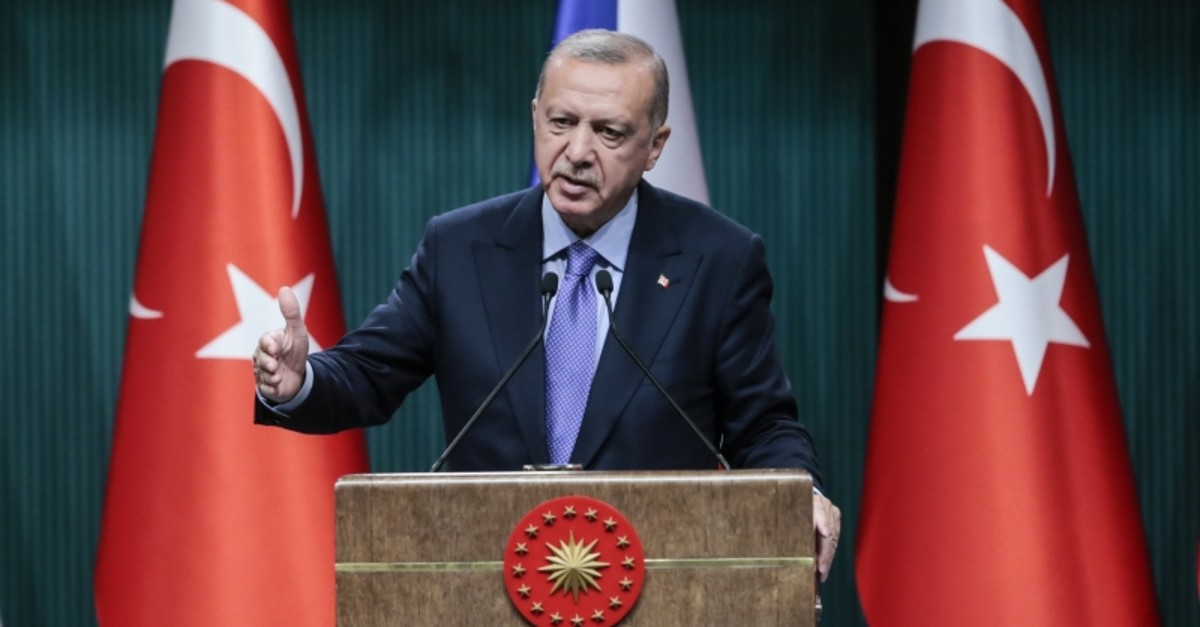 The proposed safe zone in northern Syria is nothing more than a name as no other country except Turkey is willing to take action, President Recep Tayyip Erdoğan said Tuesday.

Speaking to reporters at a joint press conference with Czech Prime Minister Andrej Babis, Erdoğan said the safe zone, which he proposed to host Syrians fleeing the civil war, is now just a name and the de-escalation zone in Idlib region is slowly disappearing because of military attacks by Assad regime forces.

The president said the safe zone idea was received well by the nations he discussed it with, but no further action was taken.

"They say 'It's a very good project' but when it comes to take action, we unfortunately see no support. The safe zone is nothing more than a name right now," he said.

For his part, Babis praised the safe zone proposal and added: "Turkey is not requesting to be handed money, it's calling for a zone with homes and schools to be built."

Speaking about attacks on Idlib, Erdoğan said Turkey was taking all the necessary steps against any attacks or provocations but warned that Idlib was slowly being destroyed.

Reminding that the U.S. has started carrying out airstrikes on Idlib too, the president said: "Idlib is slowly disappearing. Idlib is being torn down into rubble just like Aleppo."

Erdoğan said he would make all necessary contacts with parties in the region to find a solution to the situation in Idlib.

"We have an upcoming three-way meeting with Russia and Iran. We will discuss what can be done. We hope to take some of the steps before Geneva," Erdoğan said

He also said Idlib would be the most important issue during his meeting with U.S. President Donald Trump as part of the United Nations General Assembly later in September.

The escalating violence in Idlib has shattered a deal reached in September between Russia and Turkey to establish a buffer zone.

Despite eight months of calm provided by the Sochi deal between Turkey and Russia in September, the regime, backed by Moscow, intensified its attacks starting on April 26 under the pretext of fighting the al-Qaida-linked Hayat Tahrir al-Sham (HTS) terrorists holed up in Idlib. Since then, the situation has gotten worse, taking more civilian lives with each passing day.

Hosting nearly 4 million refugees, Ankara often warns the international community and regional countries that a new offensive could trigger a fresh refugee wave toward the West.