Turkey can be part of G-7-style group after S-400 purchase, Putin says 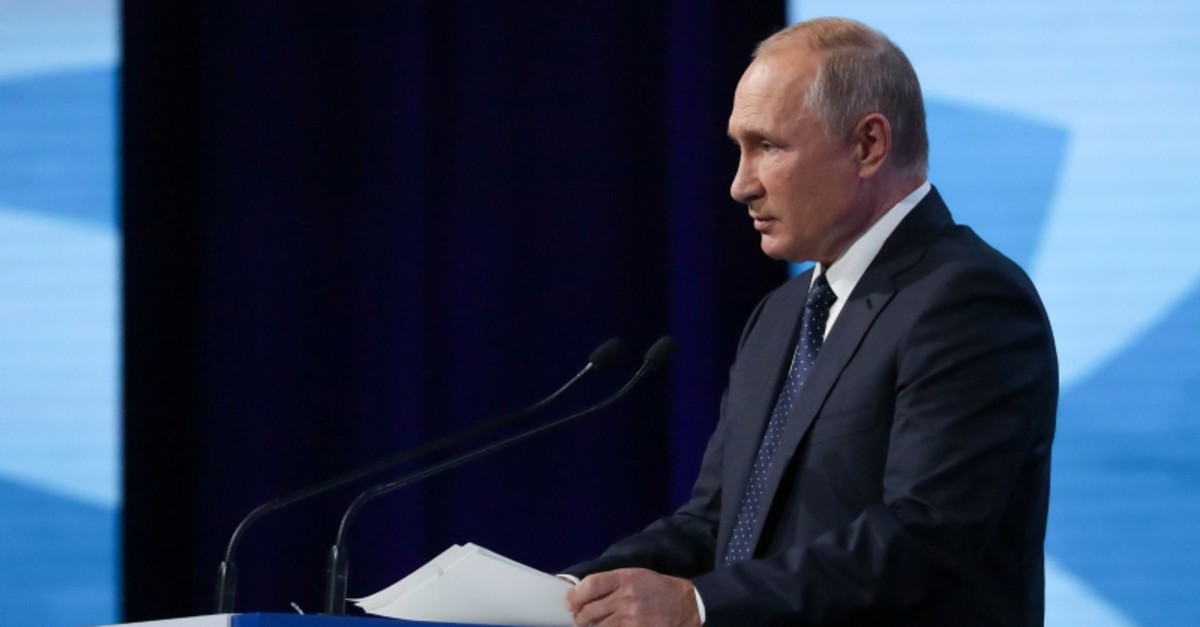 Russia's President Vladimir Putin on Thursday said Turkey could join a format like the Group of Seven alongside China and India, given its role in international affairs.

Putin's suggestion came after he was asked at a plenary meeting of the Eastern Economic Forum in Vladivostok about a proposal by U.S. President Donald Trump to re-admit Russia to the group of the world's top economies, comprising the U.S., the U.K., Canada, France, Germany, Italy and Japan.

Russia was suspended from the G-8 in 2014 due to its illegal occupation of Crimea as well as its political and military support for separatists in eastern Ukraine.

Putin said all the participants of the meeting agreed at talks, that the discussion of some topics like conflicts in the Middle East is "more interesting" in a broader format than the G-8.

"But I think that everyone understands today — and (French) President (Emmanuel) Macron just recently publicly said that Western leadership is ending. I cannot imagine an effective international organization that works without India and China," he added.

Speaking of his recent talks with President Recep Tayyip Erdoğan, Putin said, "I think that now after the acquisition of the S-400 (air defense systems) Turkey is well protected from the sky, so, of course, Turkey's work in such format would also be relevant and appropriate, bearing in mind its role in the international affairs and in the region."

Putin also said he believed that the Group of 20 is currently "the most representative organization" for dealing with the international problems.

The Eastern Economic Forum is an annual international gathering held to encourage foreign investment in the Russian Far East. The Russian leadership uses the sidelines of the event to discuss international and regional issues.