Joint operations will end if US stalls, Akar says 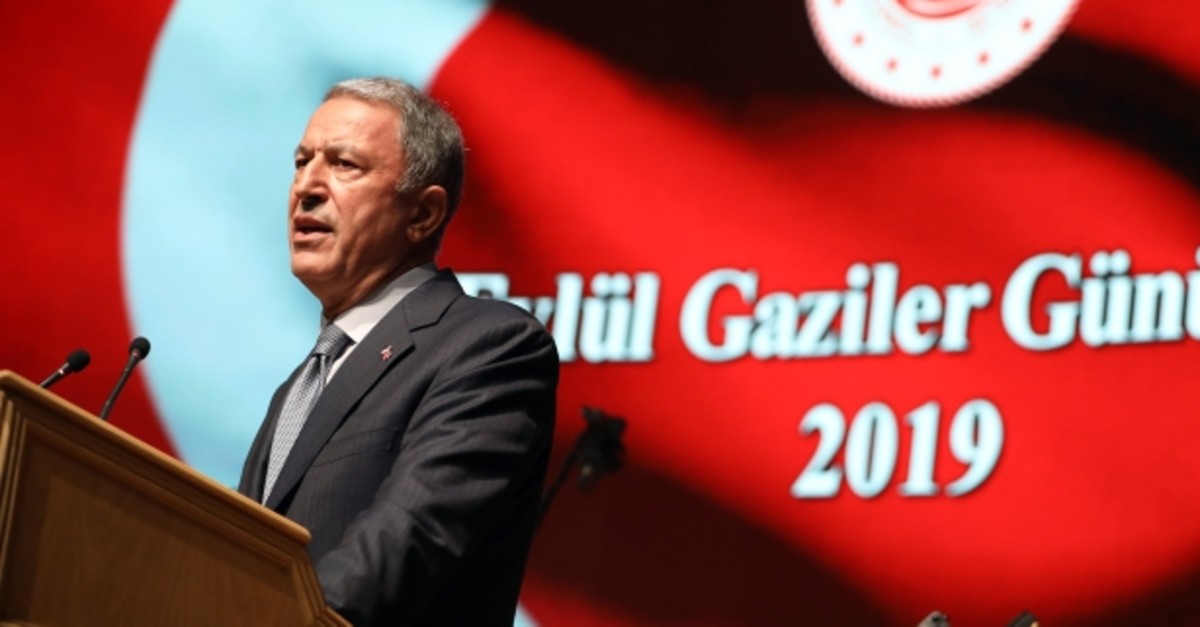 Joint operations will end if US stalls, Akar says

Joint operations between Turkey and the U.S. over the planned safe zone in northern Syria will end if Washington stalls the process, Defense Minister Hulusi Akar said Thursday.

Akar said the joint operations will continue as long as they align with Turkey's interests and aims.

"We have completed our preparations. If necessary, we will take the matter to our own hands just as the president [Erdoğan] has said before. Our plan B and C is ready," he said.

The minister once again reiterated that Turkey respected Syria's sovereignty and territorial integrity.

"No one should doubt it but we will also not allow any terror corridor to shape up right next to our borders. Our end goal is to remove PKK and YPG elements from northern Syria and establish a peace corridor, enabling our Syrian guests to return their homeland," he said

On Wednesday, President Recep Tayyip Erdoğan gave the U.S. a two-week deadline, saying Ankara will deploy its own plans if the ongoing safe zone plans and implementation with the U.S. in northern Syria prove unfruitful.

In addition, the agreement envisaged setting up necessary security measures to address Turkey's security concerns, including clearing the zone of the PKK and its Syrian affiliate, the People's Protection Units (YPG). The U.S. has supported the YPG in the fight against Daesh, regardless of objections from Turkey.

However, the two countries are still at odds on how deep the safe zone will extend into Syrian territory and whether large cities and towns in the area will be cleared of the YPG.

The PKK terror group has been responsible for the deaths of nearly 40,000 people in Turkey — including many children, women and infants — over more than 30 years.