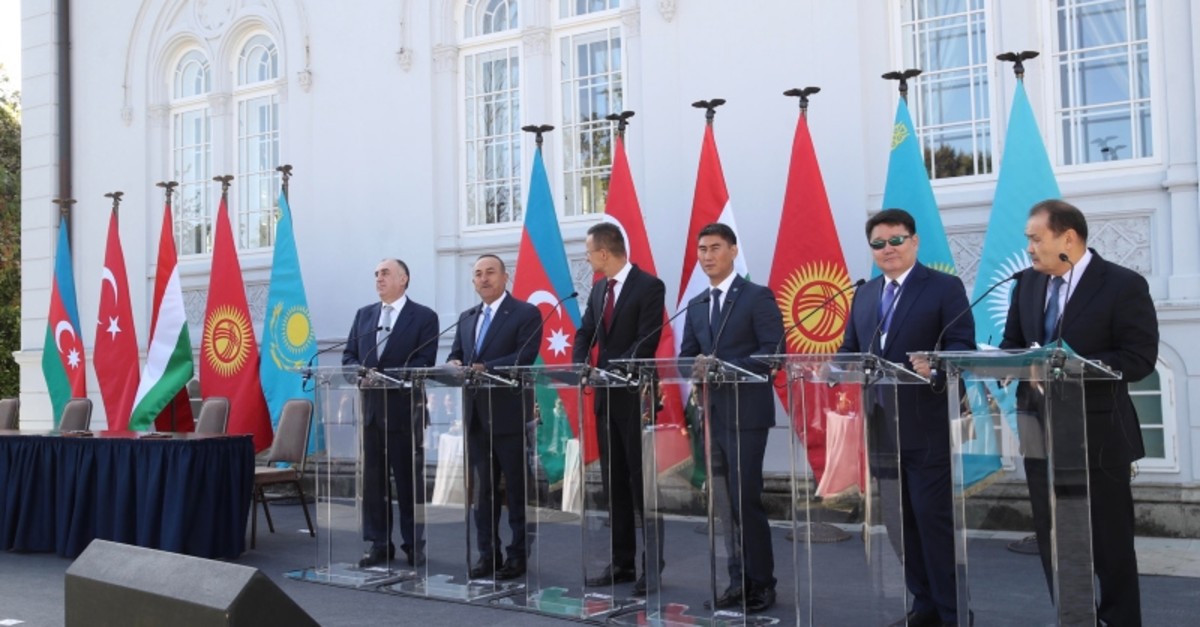 The Cooperation Council of Turkic-Speaking States on Thursday opened a new office in the Hungarian capital Budapest.

Foreign Minister Mevlüt Çavuşoğlu attended the official opening ceremony along with top diplomats of the rest of the member states.

Hungary joined the Turkic Council last year during the organization's summit in Kyrgyzstan.

"#TurkicCouncilHungaryOffice will develop relations between the Turkic World and European nations, increase interaction between business people conducting activities in these two geographies," Çavuşoğlu wrote on Twitter.

The office also confirms the close ties and shared values between Hungary and the Turkic world, he added.

The Turkic Council was established in October 2009 by Turkey, Azerbaijan, Kazakhstan and Kyrgyzstan. Uzbekistan will finalize its accession to the organization during the Seventh Summit of the Turkic Council on Oct. 15, 2019, in Baku. Hungary and Turkmenistan are observer states. The council aims to promote comprehensive cooperation among Turkic speaking states.