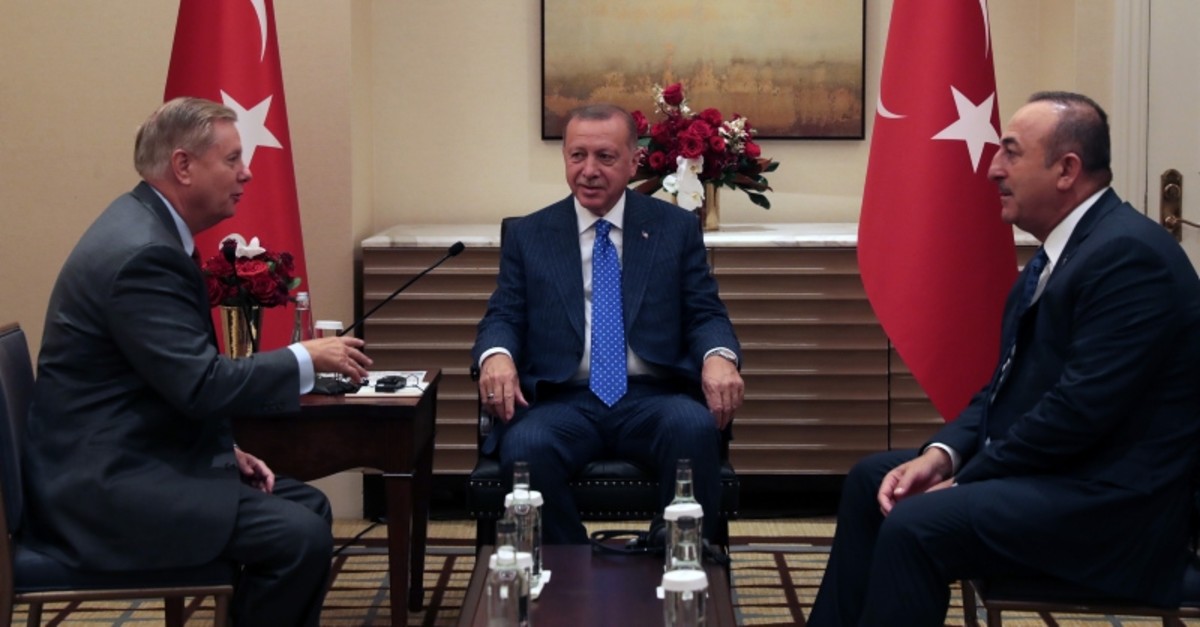 Following the meeting at the Peninsula Hotel, Graham told reporters the discussion with the Turkish president had gone well and expressed hope for a more strategic relationship between Ankara and Washington.

"I am hopeful we can get a more strategic relationship with Turkey [...] try to get them back in F-35 program, maybe talk about free trade program," said Graham. "Because Turkey is a very important ally, not just when it comes to Syria, really for whole region."

In July, the U.S. suspended Turkey's involvement in a program for F-35 fighter jets, saying its purchase of the Russian S-400 missile defense program could endanger the aircraft, a claim Turkey has consistently denied.

Turkey produces some parts of the F-35 jets and is also a partner in the jet program, and has warned any effort to remove it from the production chain would be very costly.

Graham praised Turkey as "indispensable to keeping Syria together" and its assistance in northeastern Syria to prevent re-emergence of Daesh terror group.

"Most importantly, Turkey is protecting 4 million people from slaughter," he added, referring to Syrian civilians living in the Idlib region of northern Syria.

Turkey and Russia inked a deal for a buffer zone in September 2018 in Sochi to prevent a massive offensive by the Assad regime in the Idlib region. Following eight months of calm provided by the Sochi deal, the Syrian regime intensified its attacks starting April 26, under the pretext of fighting Hayat Tahrir al-Sham (HTS) militants holed up in Idlib. Since late April, relentless bombardment by the Assad regime and its ally Russia killed more than 500 civilians.