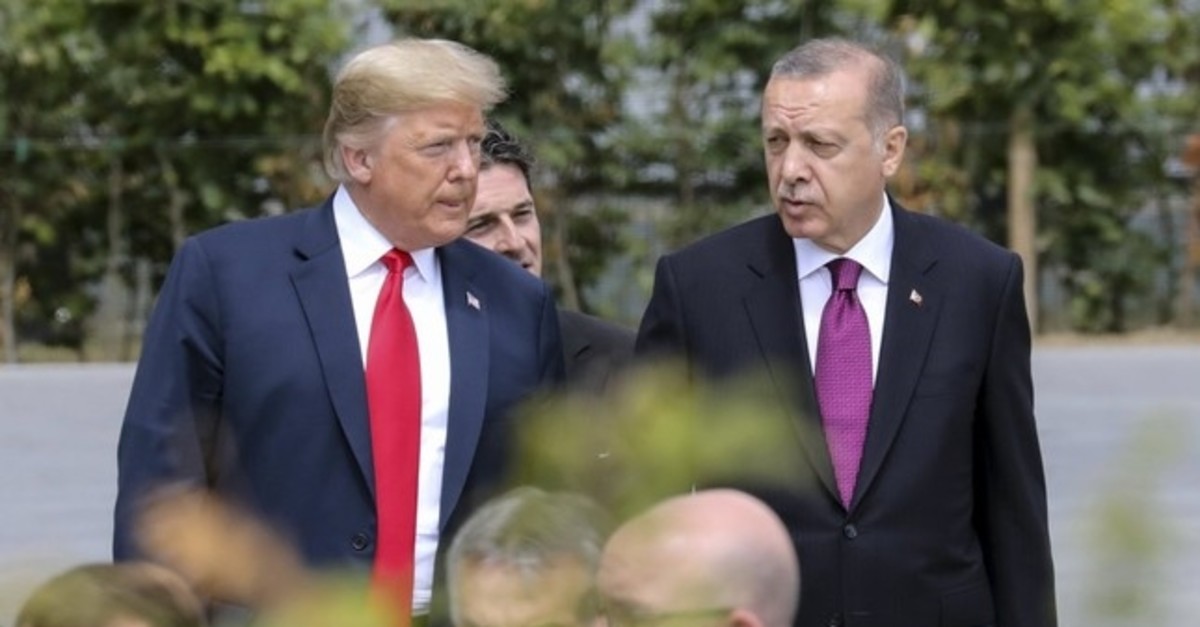 President Recep Tayyip Erdoğan on Sunday discussed Turkey-U.S. bilateral relations, regional developments and Syria in a phone call with his U.S. counterpart Donald Trump, according to the Turkish Presidency of Communications.

Erdoğan is in New York for the 74th U.N. General Assembly. Before departing from Turkey on Saturday, the Turkish president said he would discuss Syria and the U.S.' continued support for the People's Protection Units (YPG) terrorist group when he met with Trump on the sidelines of the assembly.

The agreement also envisaged setting up necessary security measures to address Turkey's security concerns, including clearing the zone of the terrorist YPG, a group the U.S. has sometimes been allied with, over Turkey's objections. The YPG is the Syrian offshoot of the PKK terror group, which for more than 30 years has been responsible for the deaths of nearly 40,000 people in Turkey, including many children, women, and infants.

Erdoğan also said Saturday that he would discuss with Trump Turkey's possible purchase of Patriot missiles, which was "not off the table."

Graham told reporters the discussion with the Turkish president had gone well and expressed hope for a more strategic relationship between Ankara and Washington. He said he hoped Turkey could be brought back into the F-35 program.

In July, the U.S. suspended Turkey's involvement in a program for F-35 fighter jets, saying its purchase of the Russian S-400 missile defense program could endanger the aircraft, a claim Turkey has consistently denied.

Turkey produces some parts of the F-35 jets and is also a partner in the jet program, and has warned any effort to remove it from the production chain would be very costly.

Graham also emphasized the importance of Ankara's strategic partnership on Syria, calling Turkey "indispensable" for keeping the war-torn country together and preventing the re-emergence of Daesh terror group in the northeast.