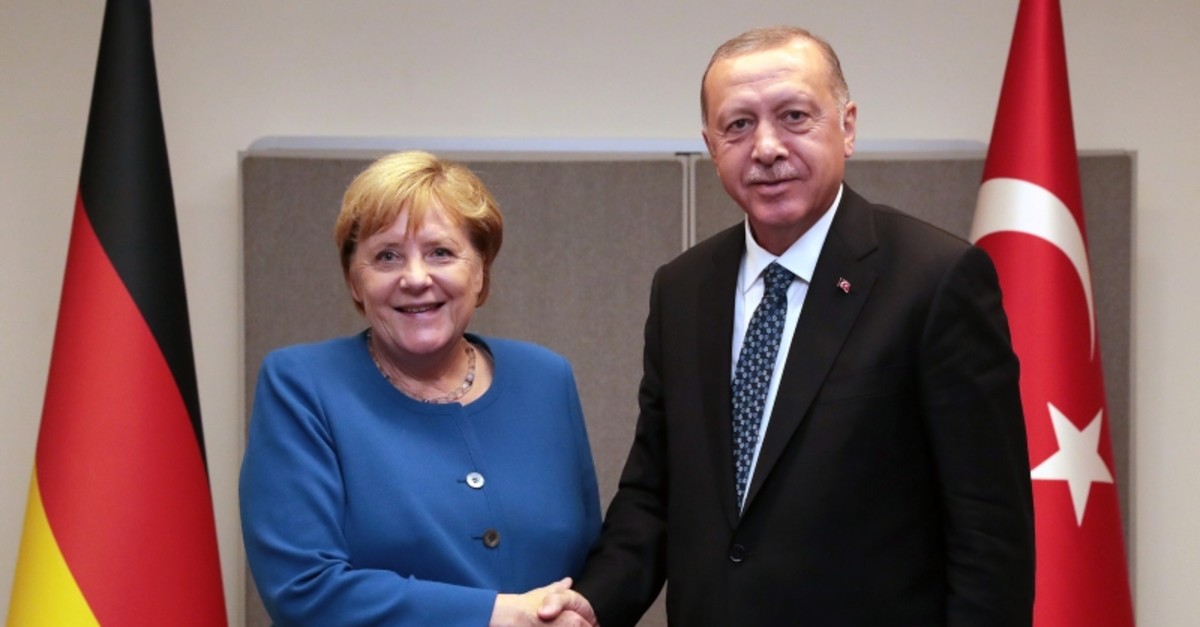 President Recep Tayyip Erdoğan on Monday met with a number political leaders and representatives of Jewish institutions in New York, where he is holding talks as part of the 74th session of the U.N. General Assembly.

Erdoğan also held a closed-door meeting with Chairman of the Presidency of Bosnia-Herzegovina Zeljko Komsic.

Earlier in the day, Erdoğan met with Belgian Prime Minister Charles Michel at U.N. headquarters. The meeting was closed to the media.

Albayrak and Bozkir, chairman of the Turkish parliament's foreign affairs committee, were present at the meeting.

Erdoğan also hosted representatives of Jewish institutions in the U.S. behind closed doors at the Peninsula Hotel.

No information has been released on the content of the talks.

Foreign Minister Çavuşoğlu was received Monday by the President of the Turkish Republic of Northern Cyprus (TRNC) in New York.

In the meeting between Çavuşoğlu and Mustafa Akıncı, Turkey's support to the TRNC was stressed and the latest developments in the region were discussed.

Erdoğan is set to address the 74th session of the U.N. General Assembly on Tuesday morning, during which he said he would raise international peace and security issues.

Erdoğan is later scheduled to meet with French President Emmanuel Macron and with British Prime Minister Boris Johnson following his meeting with U.N. Secretary-General Antonio Guterres and a lunch reception. In the evening, Erdoğan is scheduled to attend a dinner reception organized by U.S. President Donald Trump in honor of delegation heads in the U.N. General Assembly.