Where are the borders of the state of Israel? Erdoğan asks UNGA 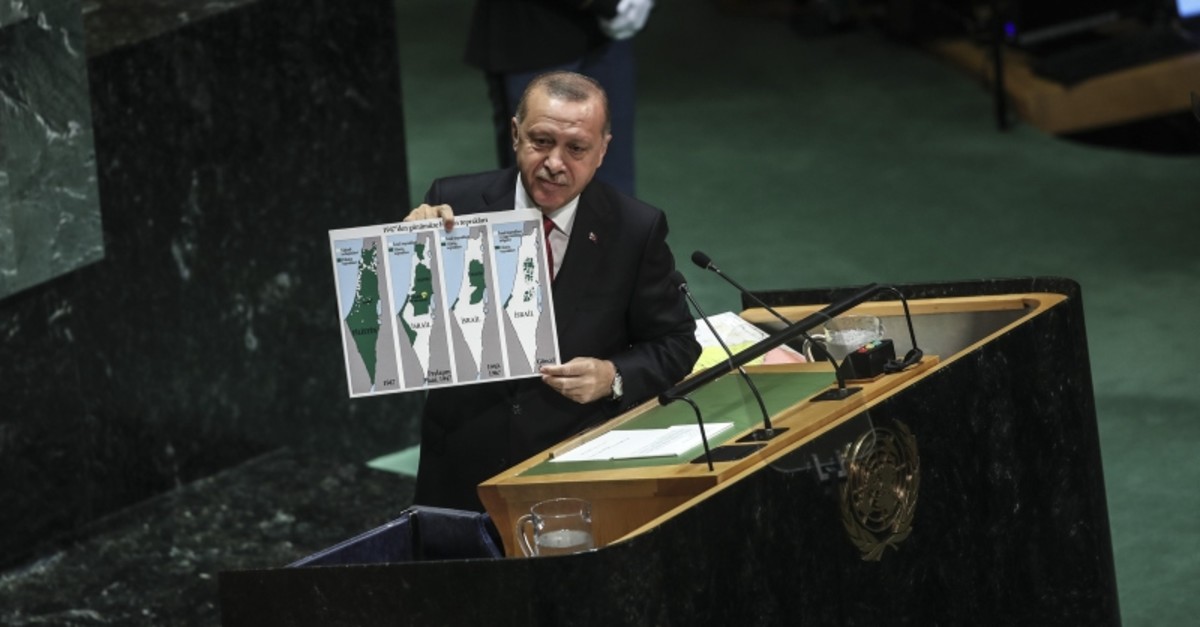 President Recep Tayyip Erdoğan reiterated Turkey's determination to stand up against Israeli aggression targeting Palestinians, in a passionate speech he made at the 74th General Assembly of the United Nations in New York on Tuesday.

VIDEO — Erdoğan slams Israel's illegal occupation of Palestinian territories, questions the value of the UN in the face of brazen expansionismhttps://t.co/BMgchKWxoL pic.twitter.com/eQxlShD07a

"Where are the borders of the State of Israel? Is it the 1948 borders, the 1967 borders, or is there any other border?" Erdoğan asked the leaders of the member states, adding that Israel's seizure of Palestinian territories is not legitimate.

Erdoğan noted that the global community and the U.N. should take concrete action to support the Palestinian people "beyond mere promises."

"How can the Golan Heights and the West Bank settlements be seized, just like other occupied Palestinian territories, before the eyes of the world if they are not within the borders of this State?" he asked and questioned the motive behind the "Deal of the Century" for aiming to eliminate the State and People of Palestine.

"Turkey will continue to stand by the oppressed people of Palestine as it has always been until today," the president said.

Israel inaugurated a Jewish heritage site in East Jerusalem late June, which saw the participation of two of President Donald Trump's top Middle East advisers - peace envoy Jason Greenblatt and Ambassador to Israel David Friedman - who signaled support for Israel's hold over parts of the city that Palestinians want for a future state.