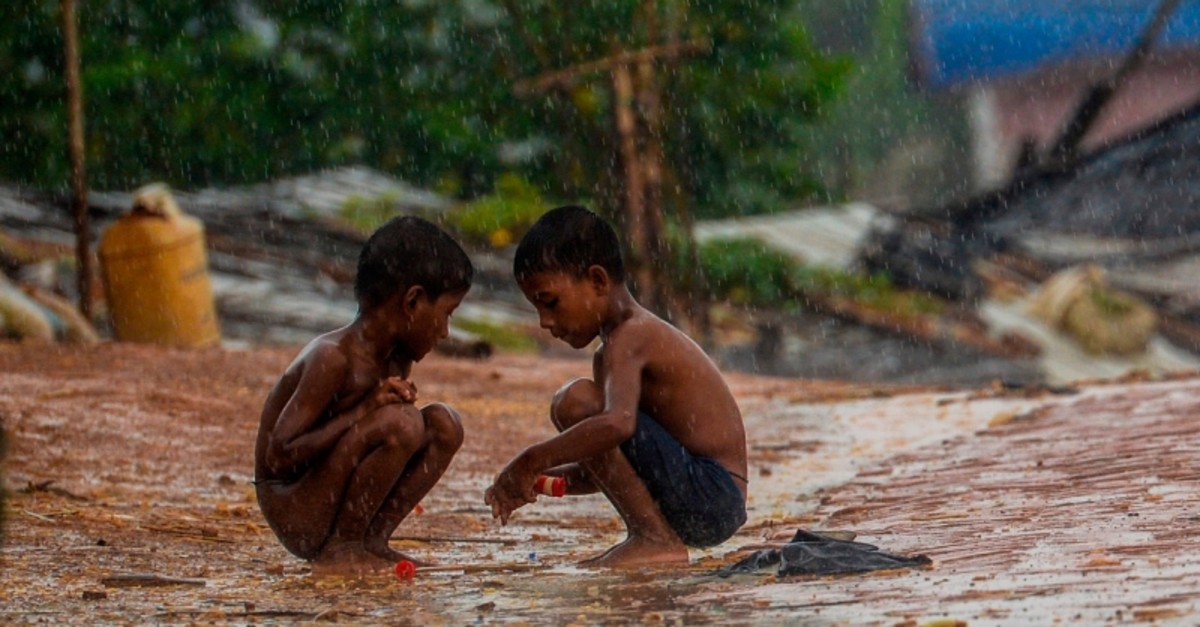 Mevlüt Çavuşoğlu was speaking at a meeting on Rohingya on the margins of the 74th session of the U.N. General Assembly in New York.

The minister said the Rohingya crisis is one of the gravest tragedies in the world and Turkey highly commends the role assumed by Bangladesh in tackling the huge number of Rohingya refugees.

"We request Bangladesh to allocate land as we did for Syrian refugees in Turkey, which are the best camps in the world," said Çavuşoğlu.

More than 750,000 Rohingya refugees, mostly women and children, have fled Myanmar and crossed into Bangladesh after Myanmar forces launched a crackdown on the minority Muslim community in August 2017.

The Rohingya are described by the UN as the world's most persecuted people. The Muslim minority has faced heightened fears of attack since dozens were killed in communal violence in 2012.

"We believe that the international community also should do more to share the burden of Bangladesh in decreasing the problem of Rohingya refugee camps," said Çavuşoğlu.

The minister also said that since the outset of the crisis, Turkey has prioritized the issue in international agenda and helped the refugees with humanitarian aid both in Bangladesh and Myanmar.

He also said Turkey expects Myanmar to take necessary steps for the voluntary, safe and dignified return of the Rohingya.