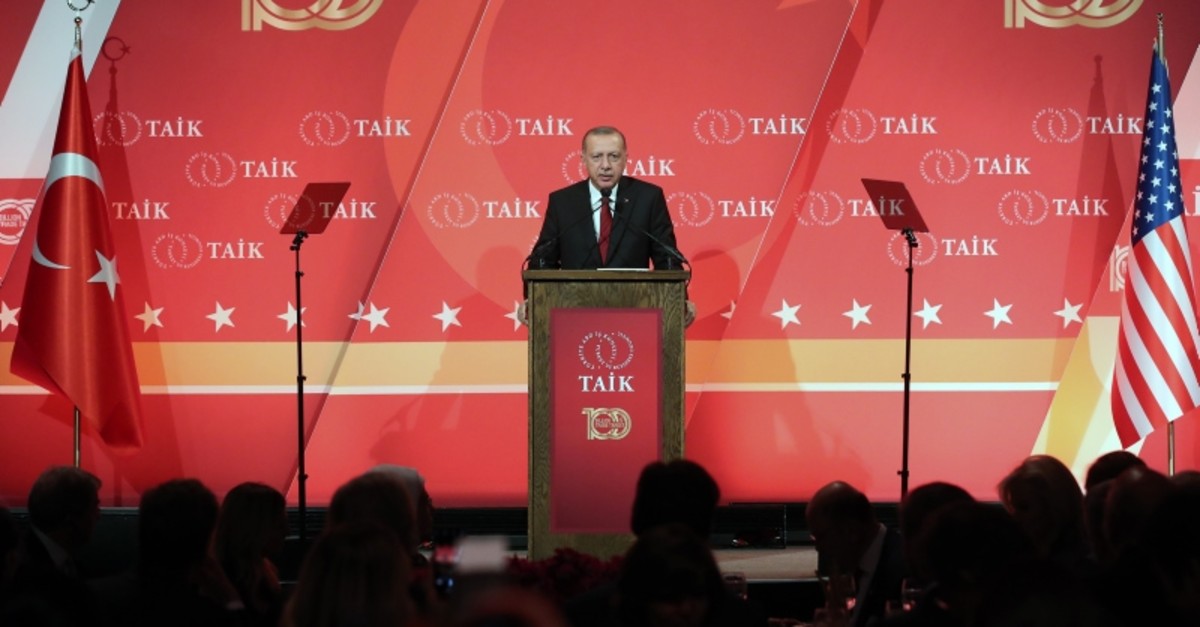 Turkey's president said Wednesday that he expects the U.S. to exempt his nation from any future tariffs due to the strategic partnership between the two countries.

"I believe that the opening of the Free Trade Agreement negotiations will be beneficial in terms of achieving the targeted trade volume," said Recep Tayyip Erdoğan, speaking on the sidelines of the 74th U.N. General Assembly.

Erdoğan stressed that such an agreement will primarily contribute to the development of trade and economic relations between the two countries.

"In addition, the agreement will allow Turkish and American companies to open up to the geographies of the two countries and even develop joint projects in third countries," he added.

"We want the U.S. to reconsider and remove some of the measures it has implemented against our country. Decisions such as the additional tariffs for our exports of steel and aluminum and exclusion from the Generalized Preferences System must be reversed."

"Recently, we have experienced a process where Turkish-American relations have been severely tested. But thanks to the close dialogue and communication we have established with my esteemed friend, President Trump, we have overcome this troublesome process," he said.

Erdoğan also stressed that the two leaders are focusing on a positive agenda.

"One of the most important elements of this positive agenda is to increase our economic and commercial relations to the level that reflects the real potential."

He underscored that trade wars increase uncertainty and cause heavy damage to developing economies.

"About 250 trillion dollars of global debt reveals the sensitivity of the situation. We believe that the world's top two economies will act responsibly," he said, referring to China and the U.S.

"The disputes will be resolved as soon as possible within the established traditions of the World Trade Organization."