Turkey not pleased with status of Syria safe zone with US: Çavuşoğlu 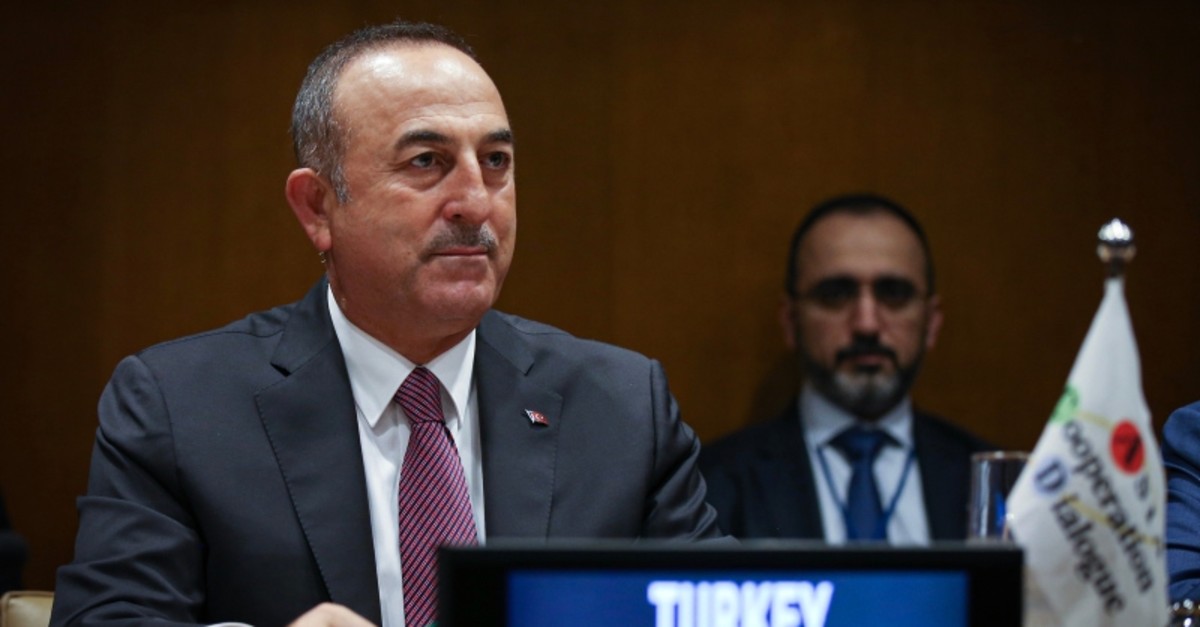 Turkey is not satisfied with the current status of Syria safe zone efforts with the U.S., Foreign Minister Mevlüt Çavuşoğlu said Friday in New York, where he is attending the 74th session of the United Nations General Assembly.

Çavuşoğlu noted that there are different opinions among U.S. officials regarding the depth of the safe zone and that Turkey has conveyed its concerns to the U.S. regarding the matter.

He detailed the safe zone should have an operation center, joint patrols and should clear the area of terrorists and the establishment of facilities for residents. It should also ensure the return of Syrian refugees.

"It will be deceptive to look at the issue just in respect of Syrian refugees. It is an issue of national security for us as the terror groups here pose a threat to Turkey," said Çavuşoğlu, as he warned Turkey may face "bigger threats" if terror groups are not cleared of the region.

The agreement also envisaged setting up necessary security measures to address Turkey's security concerns, including clearing the zone of the PKK-affiliated People's Protection Units (YPG), a group the U.S. has sometimes allied with, in spite of Turkey's objections.

Çavuşoğlu also addressed the issue of Saudi journalist Jamal Khashoggi's murder in Istanbul nearly one year ago. He acknowledged Saudi Crown Prince Mohammed bin Salman (MBS)'s claim this week of responsibility for the murder "because it happened under my watch," but said Turkey expects more from the kingdom.

"The perpetrators should be held accountable," Çavuşoğlu told reporters, stressing that those responsible must face the court and justice must be served.

"Turkey expects close cooperation from Saudi Arabia" on this process, he said, emphasizing the importance of transparency. He said Turkey has been fully cooperative with the kingdom's requests but has not received the same in return.

Khashoggi, a Washington Post contributor hailing from a prominent Saudi family, went missing on Oct. 2 upon entering the consulate for marriage procedures with his fiancée Hatice Cengiz. He was a vocal critic of the crown prince.

Soon after, Turkish authorities ruled out Saudi claims that he walked out of the building, purported with security records and footage. Ankara also shared audio recordings that belonged to the time of the murder, in addition to footage and information on the 15-man hit squad's arrival and departure.

Initially denying and later downplaying the incident as an accidental killing in a fistfight, Riyadh finally admitted almost three weeks after the disappearance that Khashoggi was murdered in a premeditated fashion but denied any involvement of the royal family. The incident was blamed on lower-level officials. A Saudi public prosecutor said in late March that the death penalty would be sought for five suspects among the 21 involved in the case. Ankara has disparaged the statement as unsatisfactory and demanded genuine cooperation from Riyadh.

Khashoggi's body has not been recovered and the kingdom has remained silent on its whereabouts.

Çavuşoğlu also said the U.S. is actively mulling re-admitting Turkey to the F-35 jet program, from which it was removed in July.