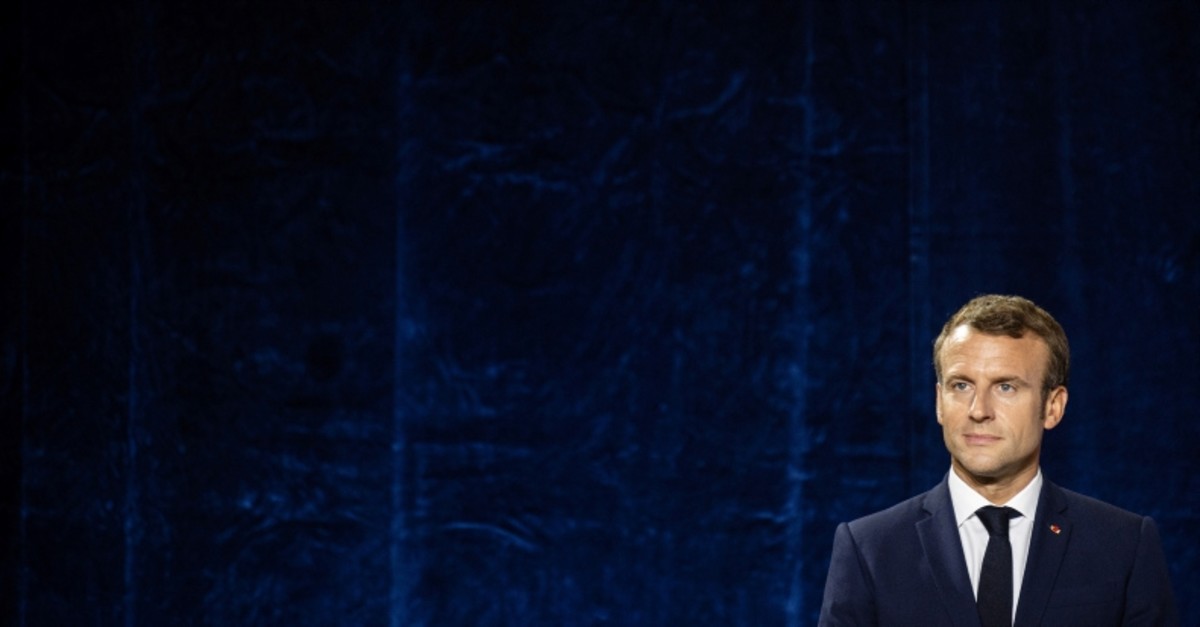 Turkey's foreign minister slammed Tuesday French President Emmanuel Macron's remarks against Turkey, accusing him of behaving like a "crowing cockerel" and being a hypocrite.

"Macron assailing Turkey amounts to overstepping the limit," Mevluüt Çavuşoğlu told the official Anadolu news agency. "I liken him to a cockerel crowing while his feet are buried in mud," he said.

During a speech in Strasbourg, France at the Parliamentary Assembly of the Council of Europe (PACE), Macron criticized Turkey's policy on Syria as well as freedom of expression in the country.

Speaking at the same event, Çavuşoğlu said Macron had "exceeded his boundaries by defaming Turkey on the freedom of expression."

The minister also castigated Macron's criticism of Ankara on migration management, stressing that Turkey had implemented all of its agreements with the EU on the issue.

Turkey is home to more than 3.6 million Syrian refugees and recently called for a "safe zone" in the war-torn country's northeast to which they could safely return.

"How many migrants has Macron accepted into his country? Instead, he hosted People protection Units (YPG) /PKK terrorists at Elysee Palace," Çavuşoğlu exclaimed.

Calling the president a hypocrite for his remarks on press freedom, Çavuşoğlu said French intelligence "pressured journalists that investigate arms sale to some Gulf countries."

"If Mr. Macron is so sensitive about freedom of expression and press today, why have journalists not been allowed to address the PACE?"

"Journalists were excluded from the PACE's 70th anniversary celebration due to France. Also, we know that Macron has shut down the media department in the Elysee," he added.

In April, Macron hosted a delegation of the so-called Syrian Democratic Forces (SDF), which is closely affiliated with the YPG/PKK terrorist group.

In its more than 30-year terror campaign against Turkey, the PKK — listed as a terrorist organization by Turkey, the U.S. and the EU — has been responsible for the deaths of nearly 40,000 people, including women, children and infants.

The PYD/YPG is the PKK'a Syrian branch, which also works under the label of the SDF.