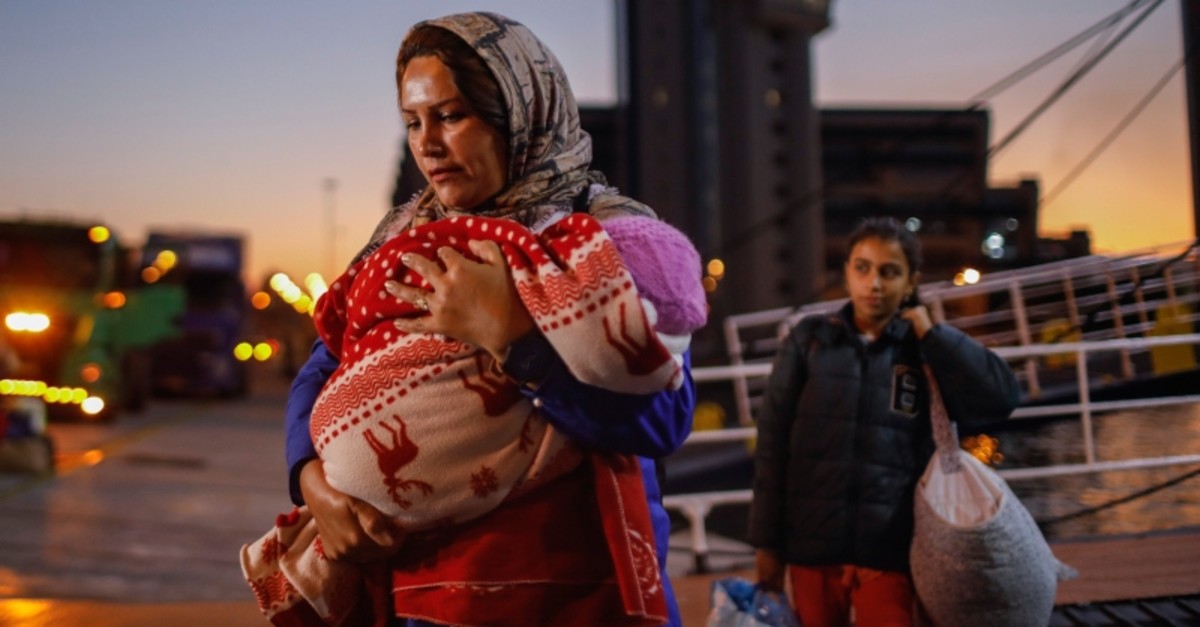 Refugees and migrants wait with their belongings after disembarking from a ferry at the port of Piraeus, near Athens, Tuesday, Oct. 1, 2019 (AP Photo)
by Compiled from Wire Services Oct 02, 2019 7:54 pm

German Interior Minister Horst Seehofer will travel to Turkey and Greece for talks on migration, along with his French counterpart Christophe Castaner and EU migration commissioner Dimitris Avramopoulos.

In Turkey, talks will primarily focus on the EU-Turkey refugee pact and the situation of refugees in Turkey and the Aegean islands.

He is expected to meet with Turkey's Interior Minister Süleyman Soylu and Foreign Minister Mevlüt Çavuşoğlu while there.

In Greece, Seehofer wants to sound out possible ways to support the country's leadership in how to deal with asylum seekers.

The camps on the Greek islands in the eastern Aegean - Lesbos, Chios, Samos, Leros and Kos - were already overcrowded, but the situation was made worse by a recent influx of migrants from Turkey.

"How migration has progressed in the Aegean deserves more of our attention," Seehofer said on Wednesday on Twitter.

To reduce the number of illegal migrants on the dangerous Aegean Sea route, Turkey and the EU signed an agreement in 2016. The deal stipulated that Greece send migrants held on its Aegean islands back to Turkey. In return, Turkey was to send Syrian migrants it hosted to various European Union countries.