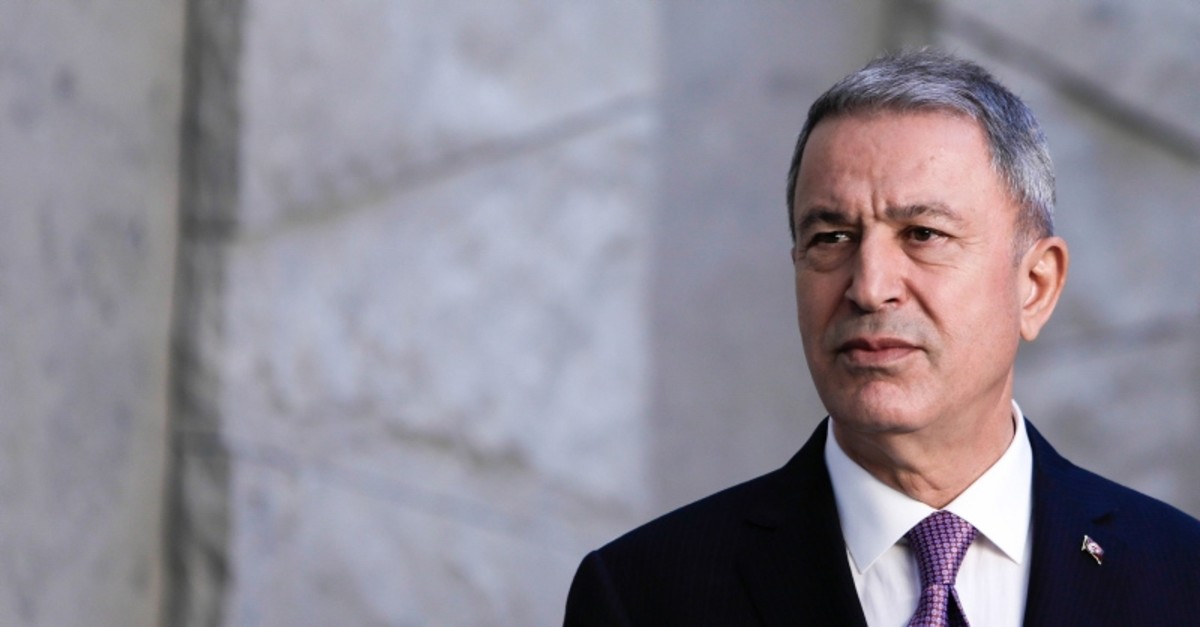 Turkish Defence Minister Hulusi Akar looks on before posing for a family picture during the NATO Defence Ministers meeting in Brussels on June 27, 2019. (AFP Photo)
by Daily Sabah with Agencies Oct 04, 2019 12:23 am

Defense Minister Hulusi Akar told his U.S. counterpart by phone on Thursday that Ankara was determined to end its work with the United States on establishing a "safe zone" in northeast Syria if Washington stalled on the issue.

Akar told U.S. Defense Secretary Mark Esper that Turkey sought the establishment of a "safe zone" some 30 km (19 miles) east of the Euphrates river and called on the United States to completely halt support for the People's Protection Units (YPG), the PKK terrorist group's affiliate in Syria, according to a statement by the National Defense Ministry.

Akar stressed during the phone call that Ankara not only wants to secure Turkey and its nation but also wants the security and protection of other religious and ethnic groups living in the region, namely the Kurds, Arabs, Assyrians, Christians and Yazidis.

With the establishment of a safe zone in northern Syria to get rid of the YPG and PKK terrorists in the region, Turkey hopes to resettle a portion of displaced Syrians currently living in the country.

Turkish military officials and their U.S. counterparts previously discussed details of the planned safe zone, saying that both parties agreed on turning the area into a "peace corridor" and that measures would be taken to ensure the return of Syrians forced out of their country by violence.

The agreement also envisaged to set up necessary security measures to address Turkey's security concerns. The officials planned for a Joint Operations Center to be established in Turkey to coordinate and manage the establishment of the safe zone.

Turkey expects the creation of a 30-kilometre safe zone in northern Syria, which must be cleared of the PKK's Syrian affiliate YPG. Ankara has warned that if the establishment of such a zone is delayed, it will take cross-border military action to remove the terrorist threat at its southern border.