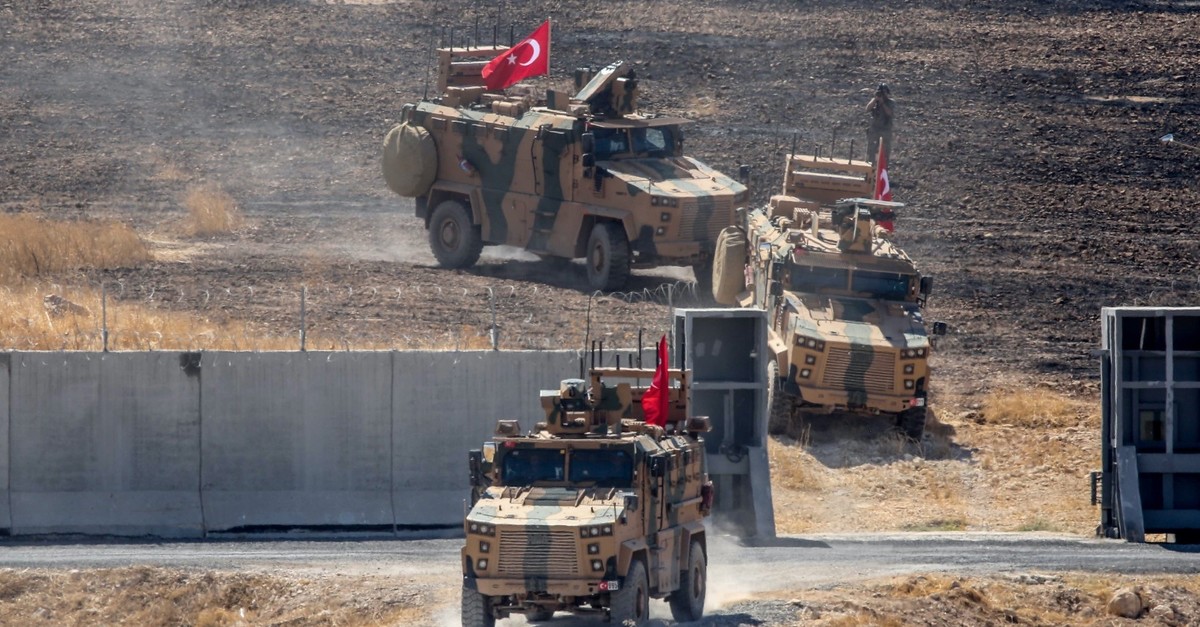 Although Turkey has been trying to agree on terms with the U.S. for the formation of a safe zone in northern Syria, the outcome seems to be negative so far

Ankara said Thursday that the efforts with the U.S. to form a safe zone in northeast Syria are not yielding the results it wants and it is ready to take action itself.

Speaking to broadcaster A Haber, Foreign Minister Mevlüt Çavuşoğlu said Turkey had not seen sincerity from the United States.

"We think this ongoing process with the United States will not take us to the point we desire. The information coming from the field proves this," he was quoted as saying by A Haber.

"We must take steps to clear the terrorist organizations from our vicinity and return the refugees there," he said. Speaking at a meeting in Ankara yesterday, National Defense Minister Hulusi Akar also said he was scheduled to make a phone call with his U.S. counterpart Mark Esper later yesterday to discuss recent developments, adding that Turkey maintains its determination to respond national security threats.

"As we expressed many times before, we have completed our preparations in any case," the minister said.

He added that Turkey's efforts to solve the issue diplomatically should not be regarded as weakness. "Also, declaration regarding our preparations should not be considered as a threat," Akar emphasized.

For a long time, Turkish officials have been expressing that the country will not allow the presence of the PKK-affiliated People's Protection Units (YPG) alongside its borders. A large amount of deployment have been made by the Turkish Army in recent months to the region, signaling that an offensive is imminent.

Turkey's National Security Council (MGK) has already underlined that efforts to establish the planned safe zone in northern Syria must be enhanced. Turkey has prepared a detailed plan for the resettlement of Syrian refugees that want to return to their home country after a safe zone in northern Syria is established where people will be able to live in a stable, peaceful environment.

The details of the plan emerged last month, with the eventual goal being to resettle about 1 million Syrians within the area east of the Euphrates.

According to the plan, which President Recep Tayyip Erdoğan shared with U.S. officials, 140 villages and 10 district centers will be established within the 30-40 kilometer deep safe zone in northern Syria, housing 5,000 and 30,000 inhabitants each, respectively. The settlements will be provided with various facilities so those living there will be able to have a normal life with every necessity met. Each village will have 1,000 houses, and each district will have 6,000 new homes built, making 200,000 new residences in total. The construction is expected to cost about $26.6 billion.

On the situation east of the Euphrates River in northern Syria and a possible Turkish military operation in the region, Dmitry Peskov said Russia is closely monitoring the situation.

"Russian President Vladimir Putin has said many times that Turkey has the legal right to protect its territories from terrorist elements," Peskov stressed. Speaking in the Russian resort city of Sochi, Foreign Minister Sergey Lavrov said the U.S. is using Kurds east of the Euphrates in Syria to establish a "semi-state."

"The U.S. is trying to move Kurds into the areas belonging to Arabs, in order to strengthen their position in the region," he said.

He called it a "very dangerous game" with the potential to further destabilize the region.

On a possible Turkish operation, Lavrov said Russia hopes the issue figures during any interaction between Turkey and the Syrian regime.

"We hope both sides agree. We will help them on this topic," he said.

Lavrov added that the U.S. does not respect Syria's territorial integrity, nor does not take into account Turkey's legitimate concerns about border security.

Also, Geir Pedersen, U.N.'s special envoy to Syria, said on Wednesday Turkey's security concerns for northeast Syria are "legitimate" and these concerns need to be taken into account.

The constitutional committee in Syria will bridge the differences between the sides in Syrian crisis, Pedersen said in a press conference at the Geneva Office. He said he intends to hold the committee's first meeting in Geneva on Oct. 30.

Responding to a question on Turkey's possible operation in northeast Syria, Pedersen said the situation needs to be handled with respect to Syria's sovereignty, independence and territorial integrity.

"Legitimate Turkish security concerns need to be taken into account," Pedersen added. Speaking on the issue, European Commission Spokesperson Carlos Martin Ruiz De Gordejuela stated in a press conference yesterday that it is important Turkey and the U.S. continue diplomatic negotiations on the establishment of the safe zone. He added that the EU is aware of Turkey's security concerns along the Syrian border.