Turkey, US discuss speeding up establishment of Syria safe zone 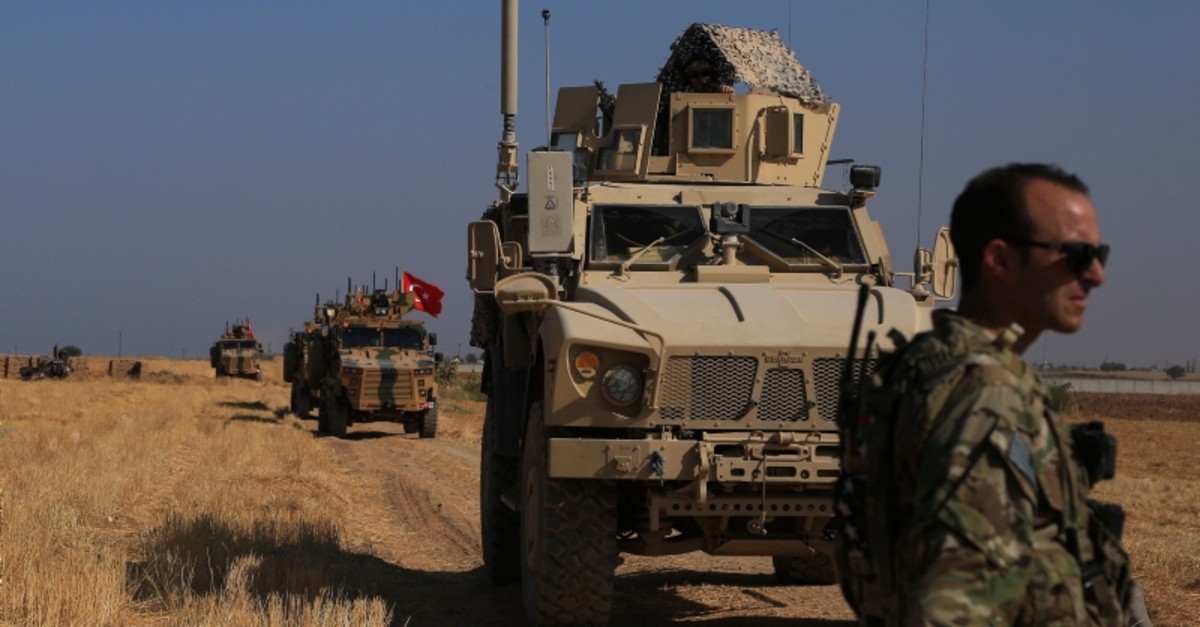 Turkish and American armored vehicles patrol as they conduct joint ground patrol in the ,safe zone, on the Syrian side of the border with Turkey (AP Photo)
by Anadolu Agency Oct 04, 2019 6:39 pm

Kalın and O'Brien touched on several issues including bilateral trade target of $100 billion annually, counter-terrorism and developments in Syria and Libya.

Referring to northern Syria, top officials highlighted the expectations of accelerating the establishment of a safe zone.

Turkey reiterated its call on the U.S. to stop providing aid for PKK/YPG/PYD terror group.

Turkish and U.S. military officials agreed on Aug. 7 to set up a safe zone in northern Syria and develop a peace corridor to facilitate the movement of displaced Syrians who want to return to their homeland.

Turkish leaders have said the U.S. is not doing enough to establish the zone, which could house some 2-3 million Syrians who fled the Syrian civil war since 2011.

In its more than 30-year terror campaign against Turkey, the PKK -- listed as a terrorist organization by Turkey, the U.S. and the EU -- has been responsible for the deaths of some 40,000 people, including women, children, and infants. The terrorist YPG is the PKK's Syrian branch.

The YPG/PKK and PYD/PKK are Syrian branches of the terrorist PKK and the focus of Turkey's successful counter-terrorist Operation Olive Branch in Afrin, Syria, near the border with Turkey.

O'Brien will become Trump's fourth national security advisor after Michael Flynn, H.R. McMaster, and Bolton, who held the post for the longest tenure followed by McMaster.