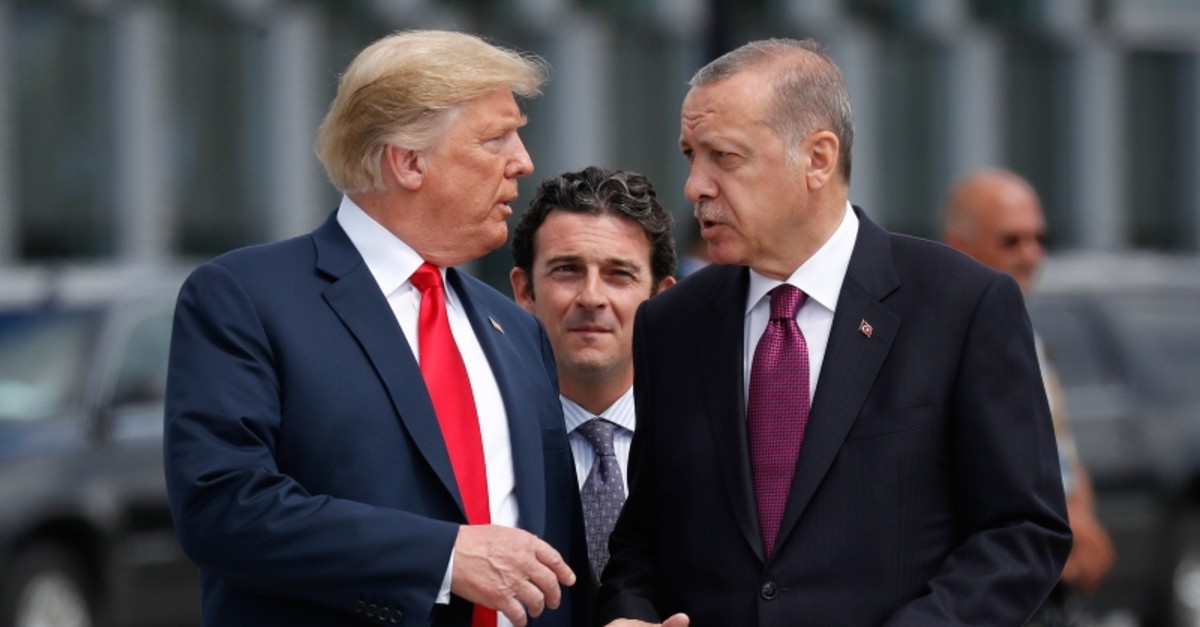 In this Wednesday, July 11, 2018, file photo, President Donald Trump, left, talks with Turkey's President Recep Tayyip Erdogan, as they arrive together for a family photo at a summit of heads of state and government at NATO (AP File Photo)
by Daily Sabah Oct 08, 2019 3:37 pm

"So many people conveniently forget that Turkey is a big trading partner of the United States, in fact, they make the structural steel frame for our F-35 Fighter Jet," Trump said on Twitter.

He continued by saying that Turkey is an important member of NATO in good standing.

"I am not siding with anybody. We've been in Syria for many years. Syria was supposed to be a short-term hit. We were supposed to be in and out," Trump said during a press conference at the White House.