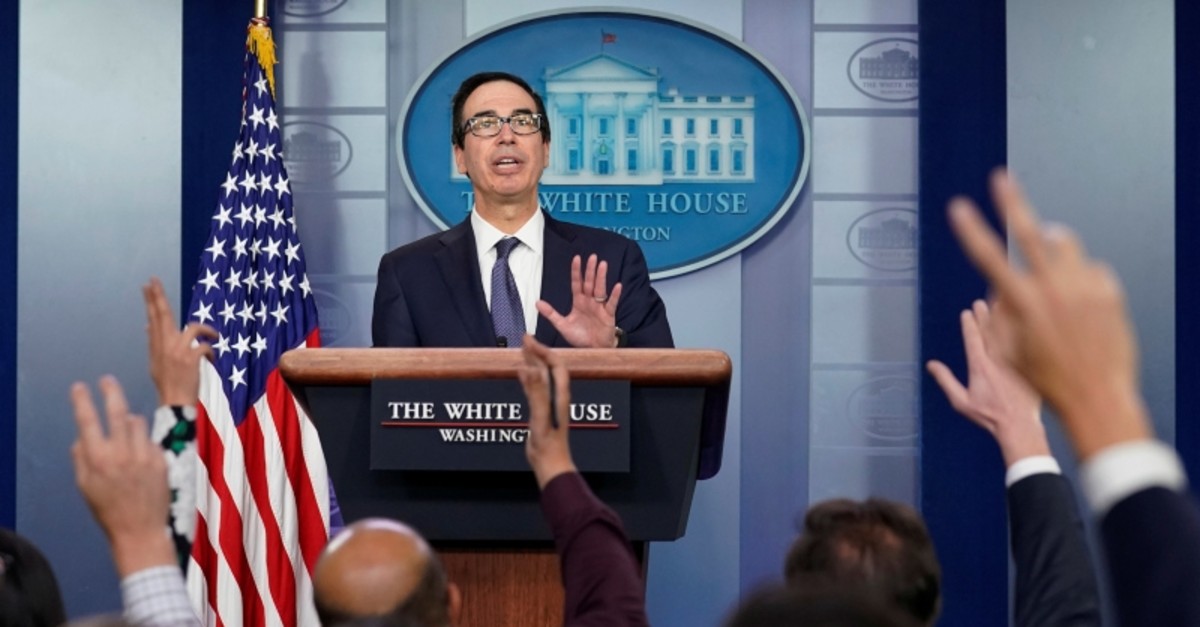 Addressing reporters at the White House, Mnuchin said Trump was poised to sign an executive order approving "very significant new sanctions authorities" — but that the United States was not yet "activating" the measures.

"These are very powerful sanctions. We hope we don't have to use them but we can shut down the Turkish economy if we need to," Mnuchin said.

The punitive measures, Mnuchin said, can be targeted at any person associated with the Turkish government.

Turkey's Foreign Ministry responded Friday by saying that Turkey would retaliate to any steps against its efforts to fight terrorism, including U.S. sanctions.

"Turkey is fighting with terrorist organizations that create a threat to its national security," the ministry said in a statement. "No one should doubt that we will retaliate ... to any step that will be taken against this."

Foreign Ministry Spokesman Hami Aksoy said Friday, "No one should doubt that Turkey will respond in kind to possible U.S. sanctions."

The sanctions announcement came hours after the Pentagon warned Turkey of "serious consequences" for its actions in Syria, in the strongest U.S. statement yet against an operation that Trump had initially appeared to greenlight.

"The president is concerned about the ongoing military offensive, and potential targeting of civilians, civilian infrastructure, ethnic or religious minorities," Mnuchin said.

"Also the president wants to make very clear it is imperative that Turkey not allow even a single ISIS fighter to escape," he said, referring to Daesh terrorists.

A statement from the Treasury said Trump's executive order would give it the "authority to designate individuals and entities of the Government of Turkey involved in human rights abuses or actions leading to the further deterioration of peace, security, and stability in northeastern Syria."

"At the direction of President Trump we will be targeting specific Turkish individuals or departments as needed," Mnuchin was quoted as saying.

"This is a notice to banks and other parties to be on notice of potential actions."

Minutes before Mnuchin's announcement, President Recep Tayyip Erdoğan reiterated that Turkey would not respond to threats or halt its operation.

Trump has declared a dizzying range of stances toward the operation this week, beginning on Sunday when he announced that U.S. troops would withdraw from Syria ahead of Turkey's operation.

His statement Sunday came hours after a phone call with Erdoğan, during which a November meeting was planned, according to Turkish presidential sources.

Since Sunday, Trump has tweeted a string of contradictory statements about the operation, ranging from support for Turkey in its justified offensive against YPG terrorists in Syria, to threatening to punish Turkey with heavy sanctions.

On Thursday, he further muddied the waters, declaring three paths forward for the U.S. in response to Turkey's operation in Syria.

"We have one of three choices: Send in thousands of troops and win Militarily, hit Turkey very hard Financially and with Sanctions, or mediate a deal between Turkey and the Kurds!" he wrote on Twitter.