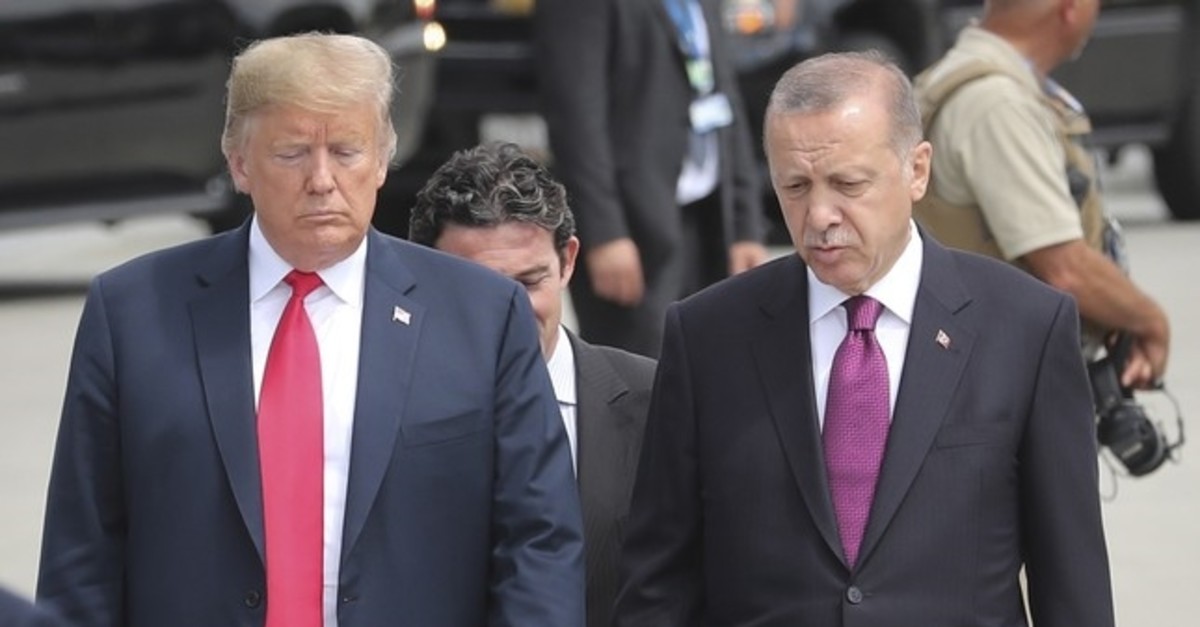 "Mr. President demanded that we declare a ceasefire. We never will," he said, reiterating that Turkey ruled out any negotiations with terrorists.

"No ceasefire is possible in Syria until the People's Protection Units (YPG) evacuates the border area," he said, adding: "I told him that Turkey will not negotiate with terrorists."

Erdoğan said the aim of Operation Peace Spring was for the YPG to move beyond 32 km (20 miles) into Syria.

Regarding the key town of Manbij, Erdoğan said that terrorists should not remain there.

"The Assad regime entering Manbij is not (a) very negative (development), but the YPG must get out," Erdoğan said. However, he added that talks with U.S. and Russian on Manbij and Ayn Al-Arab (Kobani) continued.

On the topic of sanctions, Erdoğan was unfazed. He said Turkey was not worried about sanctions.

The Turkish president also touched upon another point of contention with the U.S.: the F-35 stealth fighter jets.

Alternatives for the F-35s are ready and "offers are coming in", Erdoğan said.

Ankara and Washington have clashed over Turkey's purchase of Russian S-400 missile defenses, which the United States says are not compatible with NATO defenses and pose a threat to Lockheed Martin Corp's F-35 stealth jets.

Washington removed Turkey from the joint F-35 program after it took delivery of the S-400 systems in July. Ankara, a buyer and producer of the jets, has said it could look elsewhere.