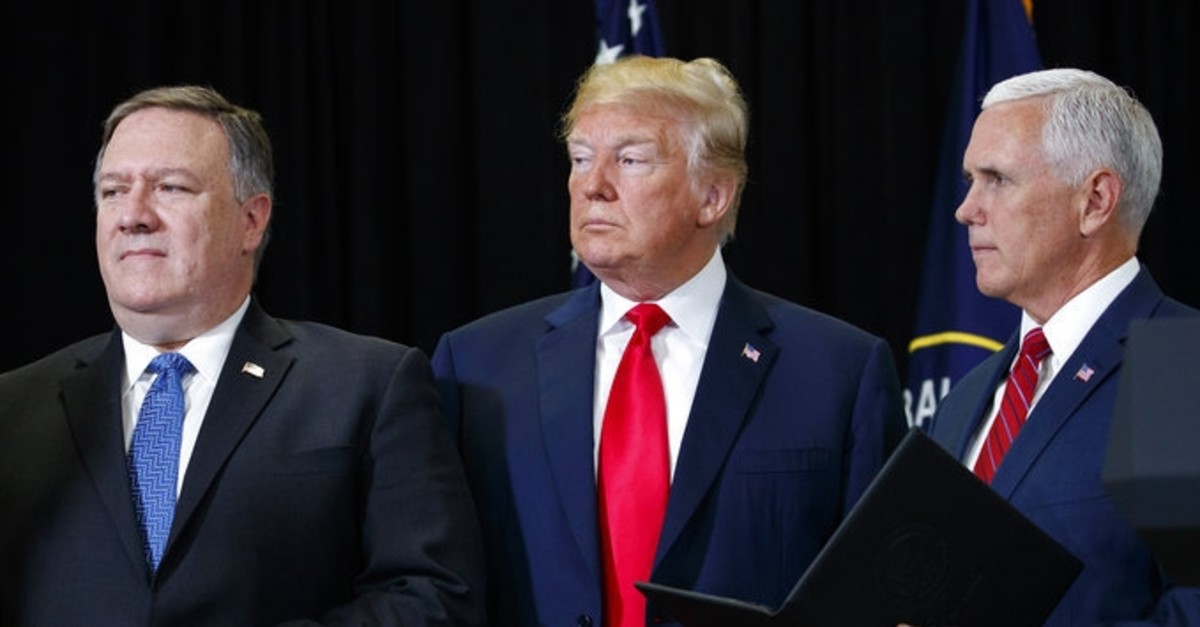 U.S. President Donald Trump said Tuesday that Secretary of State Mike Pompeo and Vice President Mike Pence would be traveling to Ankara, Turkey on Wednesday to discuss Turkey's Operation Peace Spring and the situation in Syria.

"Mike is heading it up with Secretary Pompeo, they'll be leaving tomorrow," Trump said at the White House.

Pence is planning to meet with President Recep Tayyip Erdoğan on Thursday in an effort to negotiate a cease-fire in Syria, and to warn on continued U.S. sanctions, according to a statement from Trump's office.

"In Turkey, the Vice President will voice the United States' commitment to reach an immediate ceasefire and the conditions for a negotiated settlement," it said.

"The Administration is resolved to maintain security in the region, the safety of civilians, and the continued detention of ISIS fighters," the office said, using another name for the Daesh terrorist organization.

Besides Pompeo, Pence is also expected to be accompanied by National Security Adviser Robert O'Brien and Trump's special envoy for the anti-Daesh coalition James Jeffrey.

Washington imposed sanctions on the Ministry of National Defense and Ministry of Energy and Natural Resources, as well as their heads and Ankara's Interior minister.

"We are prepared to impose additional sanctions on Government of Turkey officials and entities, as necessary," the department said in a statement.

Turkey launched Operation Peace Spring on Oct. 9 to eliminate terrorists from northern Syria in order to secure Turkey's borders and clear northern Syria east of the Euphrates of the terrorist PKK and its Syrian offshoot, the PYD/YPG. aid in the safe return of Syrian refugees, and ensure Syria's territorial integrity.