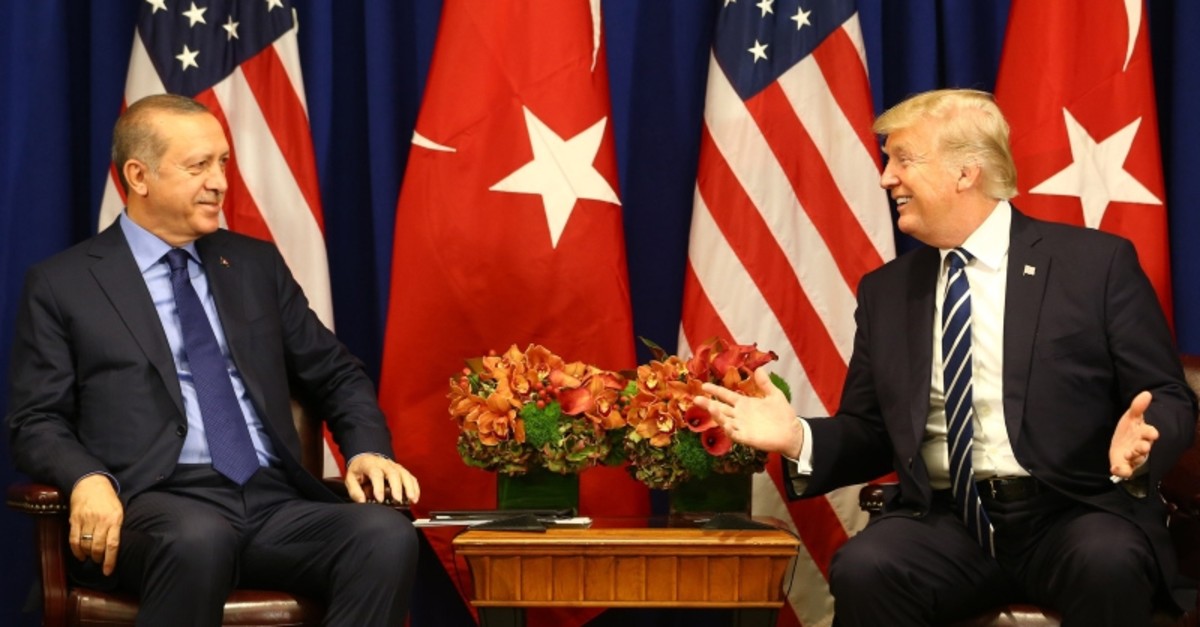 Immediately following a meeting between Turkish and U.S. delegations in Ankara, Trump tweeted, "Great news out of Turkey." He thanked President Erdoğan, saying: "Millions of lives will be saved!"

Erdoğan later responded to the tweet, saying: "Mr. President, many more lives will be saved when we defeat terrorism, which is humanity's arch enemy."

"I am confident that this joint effort will promote peace and stability in our region," he added.

According to a joint statement from the Turkish Foreign Ministry, the operation will be paused during the complete withdrawal of YPG terrorists, the Syrian branch of PKK terror group, from northeastern Syria.

Among the terms are the re-collection of YPG heavy weapons and the destroying of their fortifications and all other fighting positions.

Turkey will get 20 miles (32 kilometers) of safe zone south of the Turkish border in Syria, U.S. Vice President Mike Pence told a news conference in Ankara following hours of talks with Erdoğan and a Turkish delegation.

Pence said that Turkey and the U.S. also agreed to eliminate Daesh completely in Syria's northeast, underscoring that Washington agreed to withdraw the existing sanctions when the operation is halted.