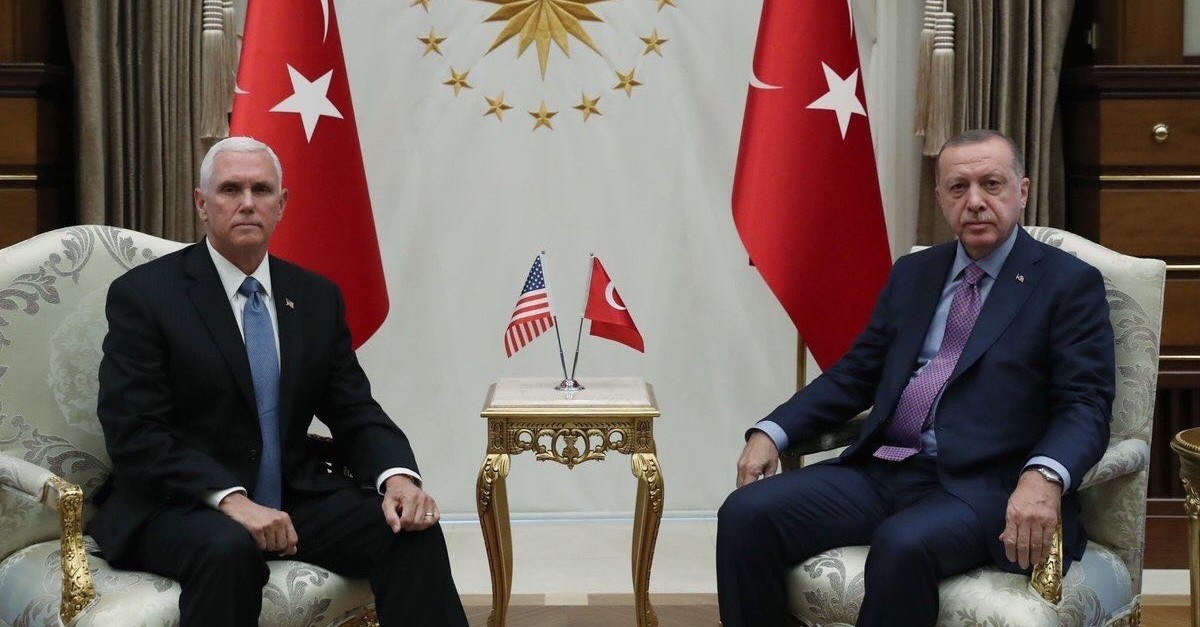 President Recep Tayyip Erdoğan held a meeting with U.S. Vice President Mike Pence at the Presidential Complex in the capital Ankara, as Turkey is carrying out a crossborder operation in northeastern Syria.

Pence arrived in Ankara earlier on Thursday, leading a delegation including Secretary of State Mike Pompeo.

U.S. President Donald Trump had earlier invited Erdoğan to the White House on November 13. The Turkish leader has said he will only decide on visiting Washington after the U.S. delegation talks.

Russia's special envoy to Syria, Alexander Lavrentyev, was also at the presidential palace in Ankara on Thursday and met Erdoğan's spokesman, Ibrahim Kalın, the presidency said.

Erdoğan will meet Russian President Vladimir Putin on October 22 in the Black Sea city of Sochi.