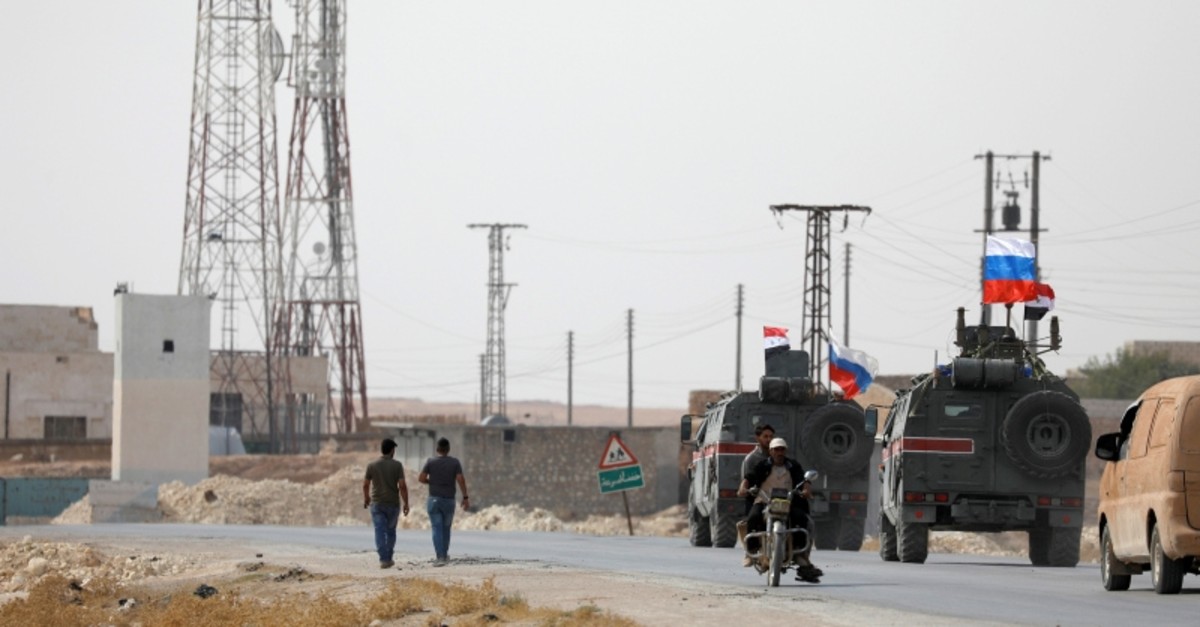 Moscow has promised Ankara that People's Protection Units (YPG) terrorists will not be in the Syrian territories across the border as Bashar Assad's forces move north, Foreign Minister Mevlüt Çavuşoğlu said Thursday.

Russia "promised that the PKK or YPG will not be on the other side of the border," Çavuşoğlu said in an interview with the BBC. "If Russia, accompanied by the Syrian army, removes YPG elements from the region, we will not oppose this."

Earlier Thursday, Russia's Foreign Ministry spokeswoman said the Assad regime should get control over its border with Turkey as part of any settlement of the conflict in the region, as Ankara pressed on with its anti-terror operation in northeastern Syria.

The talks focused on Turkey's Operation Peace Spring as well as the latest situation in Idlib and Manbij. The parties agreed to continue their cooperation in order to tackle the threat to Syria's territorial integrity poised by terrorist groups.