Pakistan will stand by Turkey in fight against terror: ANews interview 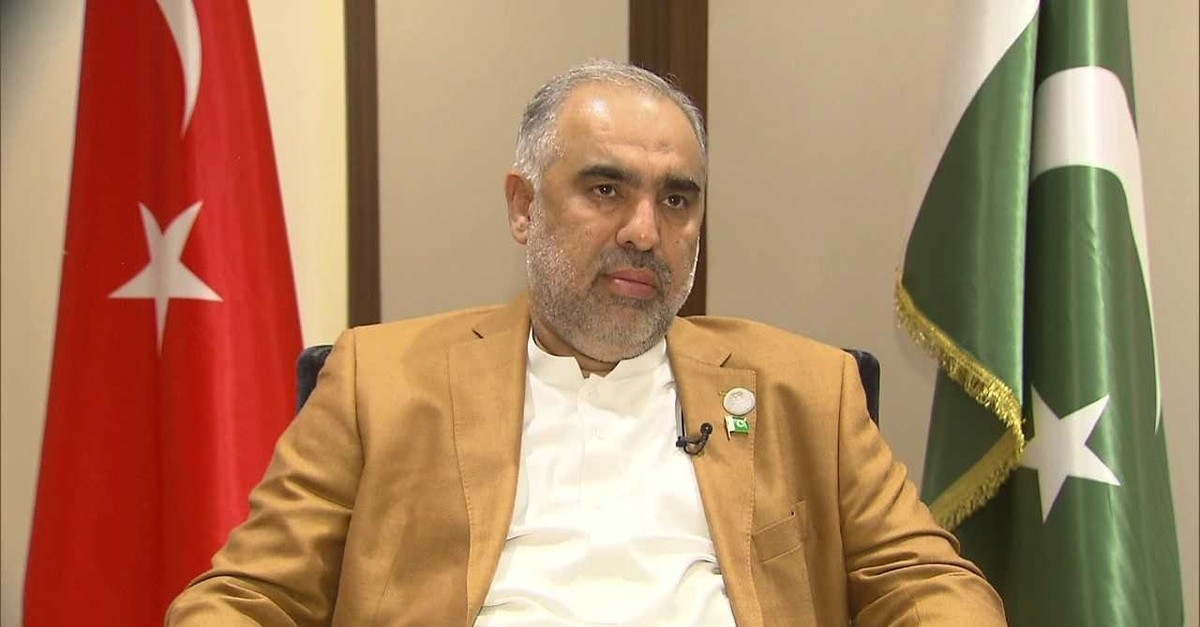 Pakistan's National Assembly Speaker Asad Qaiser has reiterated his country's support for Turkey, saying his country will resolutely support its Turkish brothers and the government in their fight against terror and terrorist attacks which have been ongoing for over 30 years.

The top Pakistani diplomat was in Istanbul to attend a conference on combating terrorism hosted by President Recep Tayyip Erdoğan.

Qaiser said his country has faced terrorism for decades and it understands the problems faced by Turkey in fighting elements which threaten the peace and stability of the Turkish nation.

Qaiser who was elected as the speaker of Pakistan's National Assembly in August last year also added that regional powers must collaborate closely to quell terrorism which continues to spread on a daily basis. He said, through anti-terror conferences, additional policies and laws can be drafted which would become beneficial in maintaining a peaceful environment.

Speaking exclusively to Turkish news channel ANews regarding the issue of Kashmir, Qaiser reinforced his country's stance on the use of U.N. resolutions to establish a peaceful solution for the troubled region. He added that Indian Prime Minister Modi should allow international human rights organizations to monitor the current situation in Kashmir to highlight the 'grave' ground realities.

When asked if a military solution was on the cards, the National Assembly Speaker said: "Options are in abundance but a political dialogue would be the appropriate course of action."