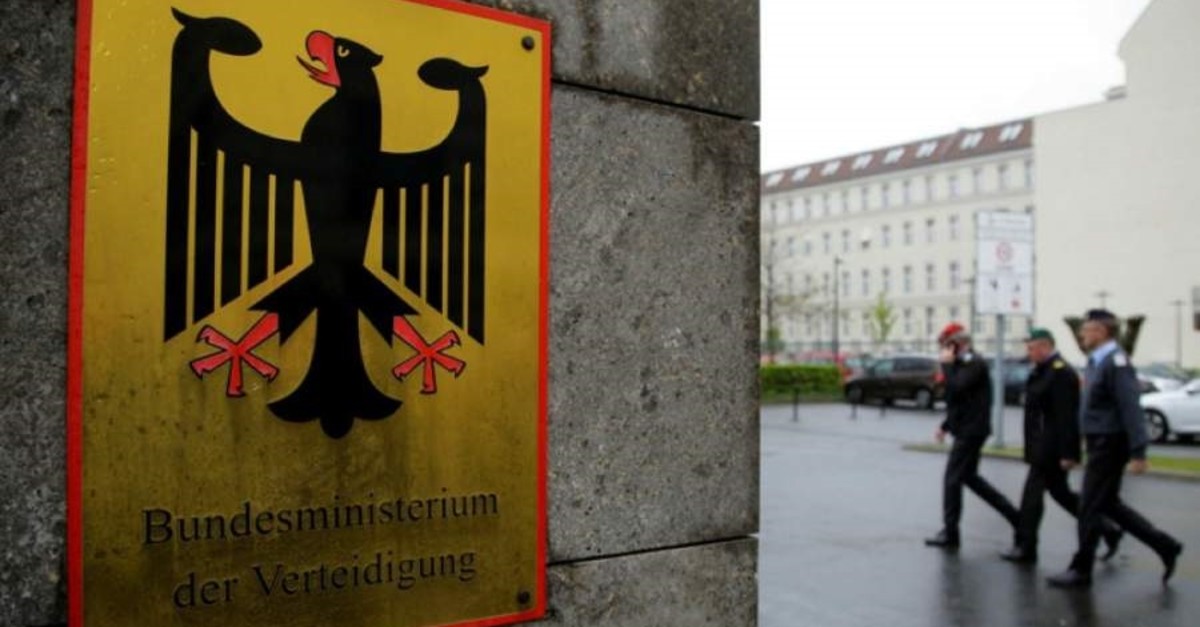 German forces Bundeswehr officers enter the German defense ministry prior to a meeting in Berlin, Thursday, May 4, 2017. (AP Photo)
by Daily Sabah with Agencies Oct 22, 2019 1:11 pm

German Defense Minister Annegret Kramp-Karrenbauer recommended a plan for an internationally controlled safe zone along Syria's border with Turkey at a NATO meeting this week, despite Turkey’s existing plan to create a safe zone after the withdrawal of PKK-linked terrorists.

Turkey has long insisted on creating a safe zone along the Turkish-Syrian border for the resettlement of Syrian refugees and clearing the terrorist threat from its borders, but its allies have turned a deaf ear toward Ankara’s concerns, with the U.S. continuously delaying the formation of the aforementioned zone, forcing Turkey to take matters into its own hands.

German Chancellor Angela Merkel signed off on the plan and proposed it to Western allies, the defense minister told German Press Agency (DPA). Kramp-Karrenbauer will present her proposal on the sidelines of the NATO defense ministers meeting in Brussels on Thursday.

The Bundestag must decide whether the German military will take part, said Kramp-Karrenbauer, who is also Merkel's successor as head of the ruling Christian Democratic Union (CDU) party.

Berlin opposes the operation but has so far refrained from imposing sanctions on Turkey except for a restriction on arms exports.

Kramp-Karrenbauer said the situation in Syria massively compromised the security interests of Germany and Europe, whom she criticized for acting too much like onlookers. That's why "a political initiative from Germany for a European advance through NATO makes sense."

"The question as to how this solution might look lies in the creation of an internationally controlled safe zone involving Turkey and Russia, with the goal of de-escalating the situation," she said.

Turkey has criticized Germany for failing to take concrete action against the PKK and its affiliates, recognized as a terrorist organization by the EU, U.S. and Turkey.

Former German Foreign Minister Sigmar Gabriel recently admitted that the PKK funds its criminal activities with the money it gets from blackmailing, arms or the drug trade in Germany.

Supporters of the PKK terror group and its Syrian offshoot the YPG have been terrorizing Germany, as they have in many other European countries, under the guise of protesting Turkey's counterterrorism operation in northern Syria.

The PKK has waged a terror campaign against Turkey for more than 30 years and has been responsible for the deaths of nearly 40,000 people, including women and children.