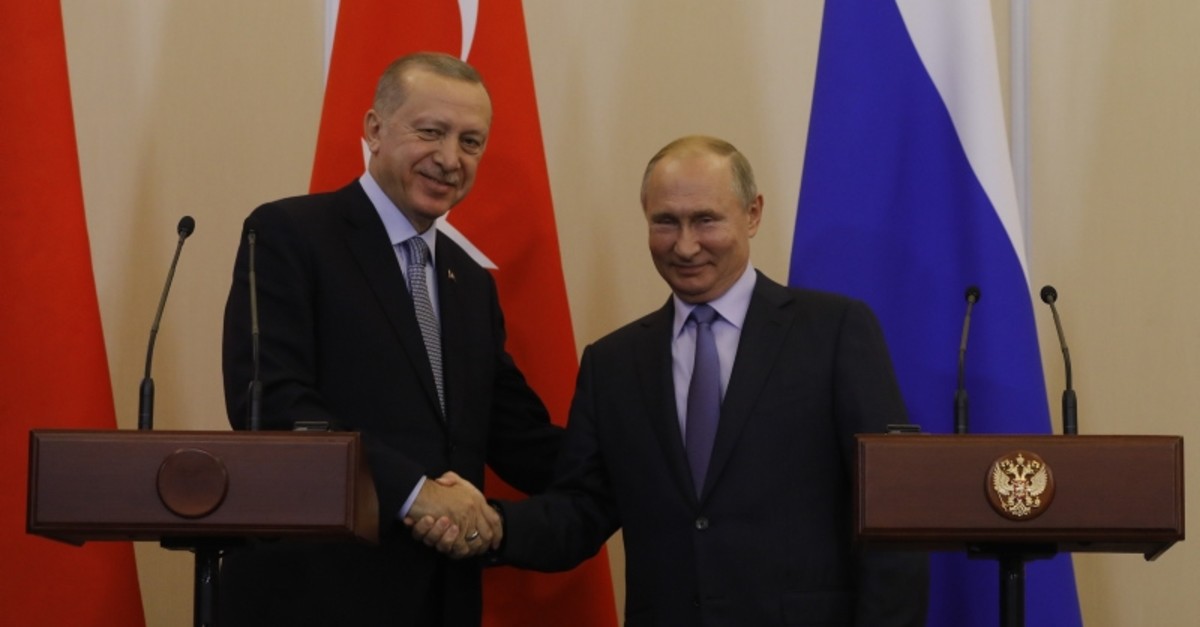 A senior Turkish official said Turkish and Russian delegations had very productive meetings in Sochi Tuesday and had reached an "excellent agreement" regarding the situation in northern Syria.

Speaking to the Daily Sabah on the condition of anonymity, the official said Ankara and Moscow had agreed to set up a terror-free safe zone in Syria.

"We share those concerns; those separatist movements (in Syria) were recently instigated," Putin said.

"It is important that terrorists do not take advantage of the Turkish military operation Operation Peace Spring in Syria," he warned

Erdoğan began his words by saying that Turkey will continue to work harder to address Russians'' concerns about the situation in northern Syria.

"Our Operation Peace Spring is being carried out to eliminate terrorists from the region; we are not eyeing any country's territory," Erdoğan said.

The Turkish president said Turkey and Russia had agreed not to allow any separatist movements in Syria, adding: "As of October 23, 12:00 p.m., the People's Protection Units (YPG) and their weapons will be taken out of the terror-free zone and their positions will be dismantled."

"The YPG will retreat 30 kilometers within 150 hours, and then Turkish-Russian joint patrols will be launched in the area 10 kilometers into Syrian territory," he said.

Erdoğan also said YPG terrorists in Tal Rifaat and Manbij will leave the area, giving up control of the northwestern Syrian towns.

Today's agreement between Turkey and Russia marks the beginning of a new era in our bilateral relations.

This is a great day for civilized nations fighting against terrorist groups.

Syria's territorial integrity and political unity are key to a stable future in the region.

Memorandum of Understanding Between Turkey and the Russian Federation (Sochi, October 22, 2019)

1. The two sides reiterate their commitment to the preservation of the political unity and territorial integrity of Syria and the protection of Turkey's national security.

2. They emphasize their determination to combat terrorism in all its forms and manifestations and to disrupt separatist agendas on Syrian territory.

3. Within this framework, the established status quo in the current Operation Peace Spring area, covering Tel Abyad and Ras Al-Ayn within a depth of 32 km, will be preserved. 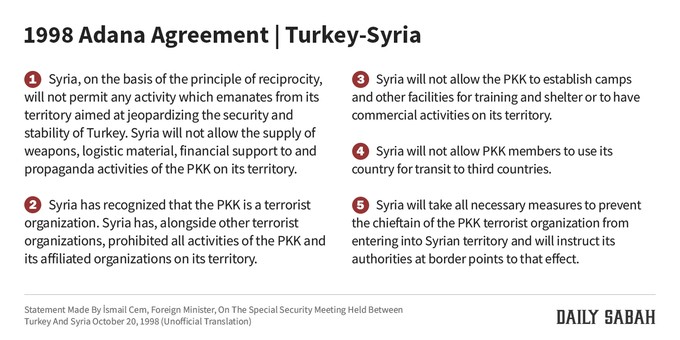 5. Starting at 12.00 noon of October 23, 2019, Russian military police and Syrian border guards will enter the Syrian side of the Turkish-Syrian border, outside the area of Operation Peace Spring, to facilitate the removal of YPG elements and their weapons 30 km from the Turkish-Syrian border, which should be finalized in 150 hours. At that moment, joint Russian-Turkish patrols will start in the west and the east of the area of Operation Peace Spring within a depth of 10 km, excluding Qamishli city.

6. All YPG elements and their weapons will be removed from Manbij and Tal Rifaat.

7. Both sides will take necessary measures to prevent infiltrations of terrorist elements.

8. Joint efforts will be launched to facilitate the return of refugees in a safe and voluntary manner.

9. A joint monitoring and verification mechanism will be established to oversee and coordinate the implementation of this memorandum.

10. The two sides will continue to work to find a lasting political solution to the Syrian conflict within the Astana Mechanism and will support the activity of the Constitutional Committee.

The first meeting of the Syrian Constitutional Committee will be held on Oct. 29-30 in Geneva.

In 2017, the Astana peace process to end the Syrian conflict was spearheaded by Turkey, Russia and Iran in Nur-Sultan (formerly Astana), Kazakhstan's capital, and since then it has seen over a dozen meetings.

Since then, over 5 million civilians have become refugees. Turkey hosts 3.6 million of them, the most any country does in the world.