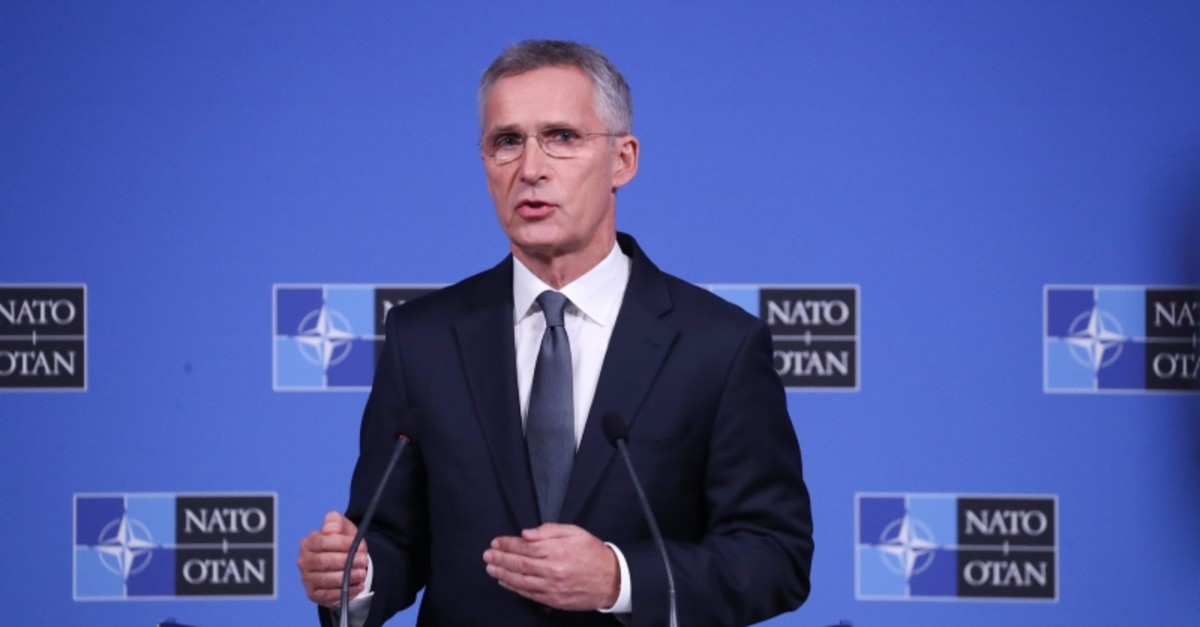 "I think what we have seen over the last days is encouraging because it shows that it is possible to move towards a political settlement, a political solution," Stoltenberg told reporters ahead of a two-day defense ministers meeting due to start on Thursday in Brussels.

He reiterated that Ankara has "legitimate" security concerns on its southern border with Syria since no other NATO ally has suffered more terrorist attacks than Turkey.

Ankara agreed with Washington on Oct. 17 to pause its operation for 120-hours to allow the withdrawal of YPG/PKK terrorists from the planned safe zone.

In its more than 30-year terror campaign against Turkey, the PKK -- listed as a terrorist organization by Turkey, the U.S. and the European Union -- has been responsible for deaths of 40,000 people, including women, children and infants. The YPG is the Syrian offshoot of the PKK.

Stoltenberg said he welcomed the joint statement by Turkey and the U.S., adding: "I welcome the fact that after the statement we have seen progress. We have seen significant reduction in violence [in northern Syria]."

He added NATO fully supports UN-led efforts to find a lasting political solution into the crisis in Syria.

Stoltenberg said NATO allies have a presence in northern Syria as part of the global coalition to defeat Daesh. He expects all forces on the ground to respect international law.

Upon a question on Tuesday's deal between Turkey and Russia on Syria, Stoltenberg said: "I think it is a bit too early to judge the consequences and outcome of the agreement between President Erdogan and [Russian] President [Vladimir] Putin."

On Tuesday, Erdoğan and his Russian counterpart Putin reached a "historic" deal under which YPG/PKK terrorists will pull back 30 kilometers (19 miles) south of Turkey's border with northern Syria within 150 hours starting from Wednesday noon and security forces from Turkey and Russia will start to conduct joint patrols in the region.

Early Wednesday, the Turkish Defense Ministry said there is no further need at this stage for Ankara to conduct a new operation in northern Syria outside its present operation area.

"...what we have seen [is] significant reduction in violence and fighting. Then we need to move on, building on that, and have a real political negotiated solution to the conflict in Syria.

"I do not believe that this is easy. That is extremely difficult. But it is also extremely important...," Stoltenberg said.

Regarding Germany's proposal for an "internationally controlled security zone" in northern Syria, Stoltenberg said political solution can have different shapes and different forms, but it has to involve all the actors in the ground.

"We need a political solution. Therefore, I also welcome proposals from NATO allies on how we can try to move forward," he said.

Stoltenberg said this issue will be discussed during the defense ministers meeting in Brussels.