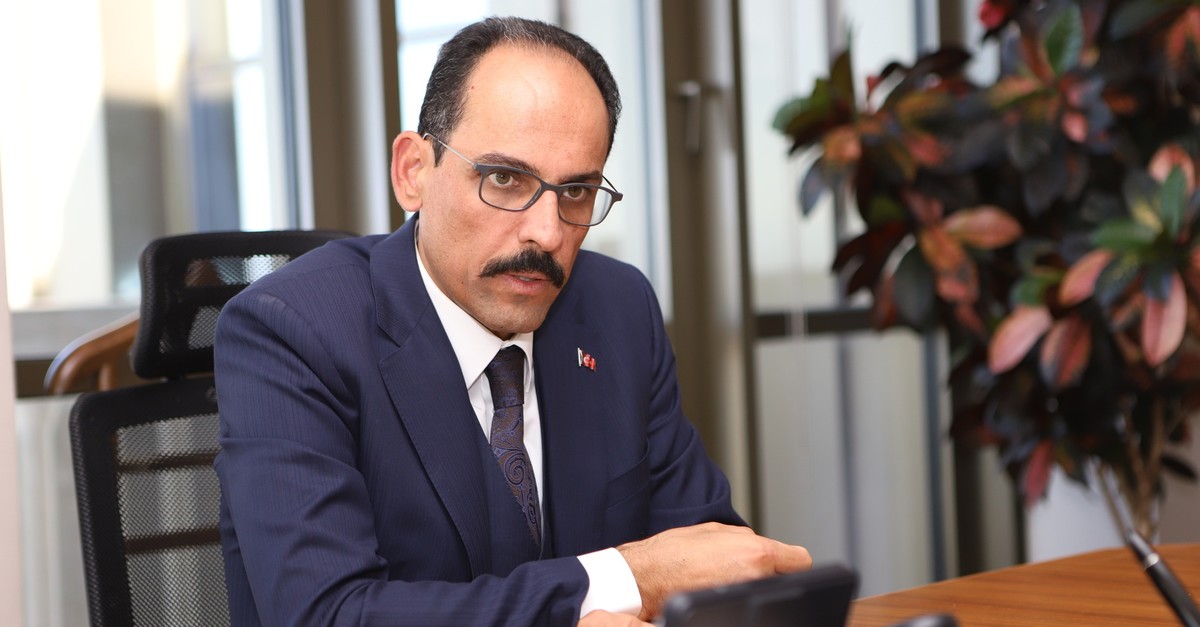 "There is no change currently in his program regarding his meeting with President Trump," Kalın said in an exclusive interview with Daily Sabah.

Erdoğan was scheduled to meet with Trump in November amid discussions on Turkey's Operation Peace Spring against PKK-linked People's Protection Units (YPG) terrorists in northern Syria and pressure from the U.S. Congress to impose sanctions on Turkey.

With U.S. Vice President Mike Pence's visit to Ankara last week, the meeting was subject to speculations as Erdoğan said his decision was dependent on the outcome of his talks with Pence.

Speaking on recent agreements between Turkey and Russia regarding the northern Syria safe zone, Kalın underlined that it was a clear victory for Turkey and President Erdoğan, emphasizing the fact that these deals were made in a very short period of time of just 10 days.

"President Erdoğan's personal diplomacy with Russian and U.S. leaders has played a significant role in these deals," Kalın added.

Stating the importance of agreements in terms of enabling the political transition process to maintain peace in Syria, Kalın also said that Turkey's efforts will be appreciated in the long run even though they do not yet have enough recognition from the international community. 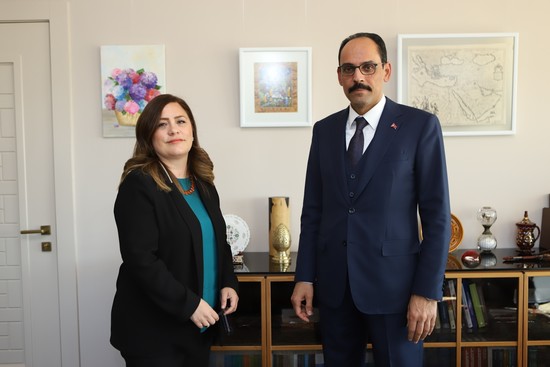 No certain timetable on Syria summit with EU leaders

Kalın also said that Erdoğan suggested the EU leaders hold a prospective summit on Syria in southeastern Turkey, namely in Şanlıurfa or Gaziantep provinces. However, they insist on organizing it in London, Kalın said, adding that the summit might take place prior to Erdoğan's visit to Washington despite the fact that there is no certain timetable determined yet.

"Regime considers YPG as US mercenaries"

Elaborating on Tuesday's meeting in Sochi, Kalın noted that Russia has begun to better understand Turkey's national security concerns over the YPG/PKK presence in Syria.

"During the Sochi meeting, Russian President Putin said that the Assad regime sees the YPG as mercenaries of the U.S. and traitors to Syria," Kalın said.

Under a 10-article agreement between Turkey and Russia, which both Moscow and Ankara hailed as a triumph, forces of the Bashar Assad regime and Russia will move into northeast Syria to remove YPG terrorists and their weapons from the border with Turkey.

Following the agreement, Russia advised the YPG to withdraw from the Syrian border in line with a deal between Moscow and Ankara or be attacked by the Turkish army.

"No one will be forced to go to the safe zone"

Speaking on Turkey's prospective plans for refugees, Kalın said Turkey continues to work on its extensive plan under the responsibility of Vice President Fuat Oktay, aiming to facilitate the secure return of Syrian refugees to the designated safe zone.

"However, no one will be forced to go to the safe zone, according to our plans," Kalın said.

According to the plan, which President Recep Tayyip Erdoğan shared with U.S. officials and with the U.N. General Assembly, 140 villages and 10 district centers will be established within the 30- to 40-kilometer deep safe zone in northern Syria, housing 5,000 and 30,000 inhabitants each, respectively. The settlements will be provided with various facilities so that the people living there will be able to lead normal lives with every need met.