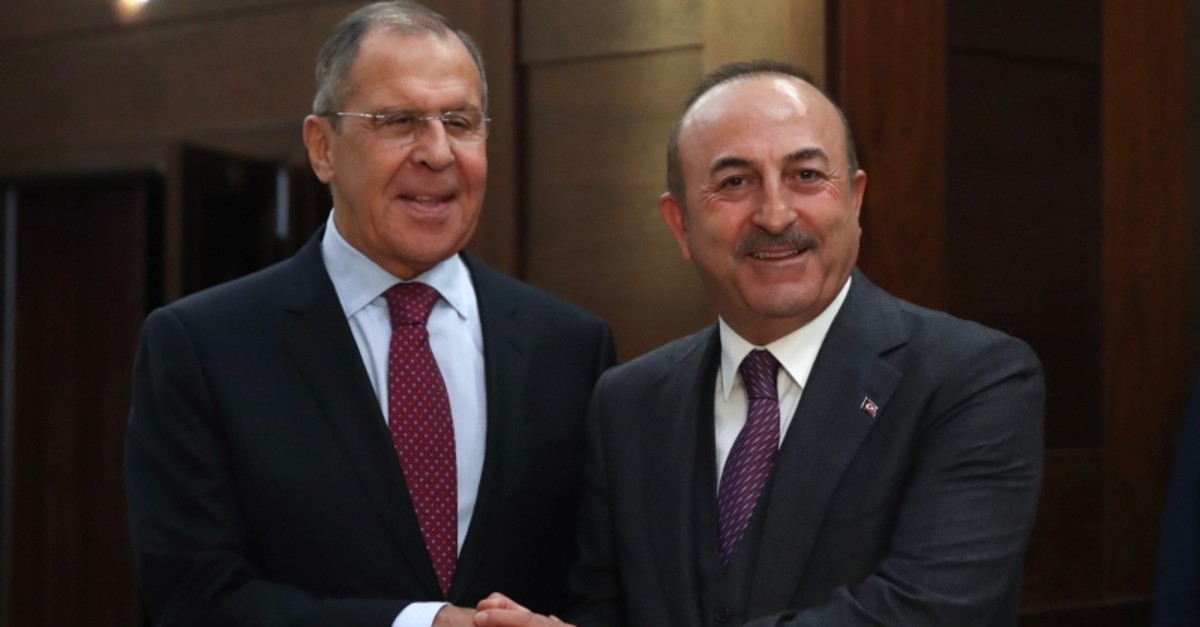 The foreign ministers of Turkey and Russia on Thursday discussed a recent deal between the two countries on northern Syria in a phone call.

Mevlüt Çavuşoğlu and Sergey Lavrov discussed the progress toward implementing a memorandum of understanding signed after a meeting between Ankara and Moscow in Sochi on Oct. 22, the Russian Foreign Ministry said in a statement.

"The parties agreed to continue coordinating their efforts in order to stabilize the situation in the northeast of Syria as soon as possible," the statement said.

On Tuesday, Turkish President Recep Tayyip Erdoğan and his Russian counterpart Vladimir Putin held a meeting in Russia's Black Sea resort town of Sochi. The two leaders reached a deal under which YPG/PKK terrorists will pull back 30 kilometers (18.6 miles) south of Turkey's border with northern Syria within 150 hours and security forces from Turkey and Russia will conduct joint patrols there.

In its more than 30-year terror campaign against Turkey, the PKK — listed as a terrorist organization by Turkey, the U.S. and the European Union — has been responsible for the deaths of 40,000 people, including women, children and infants. The YPG is the Syrian offshoot of the PKK.