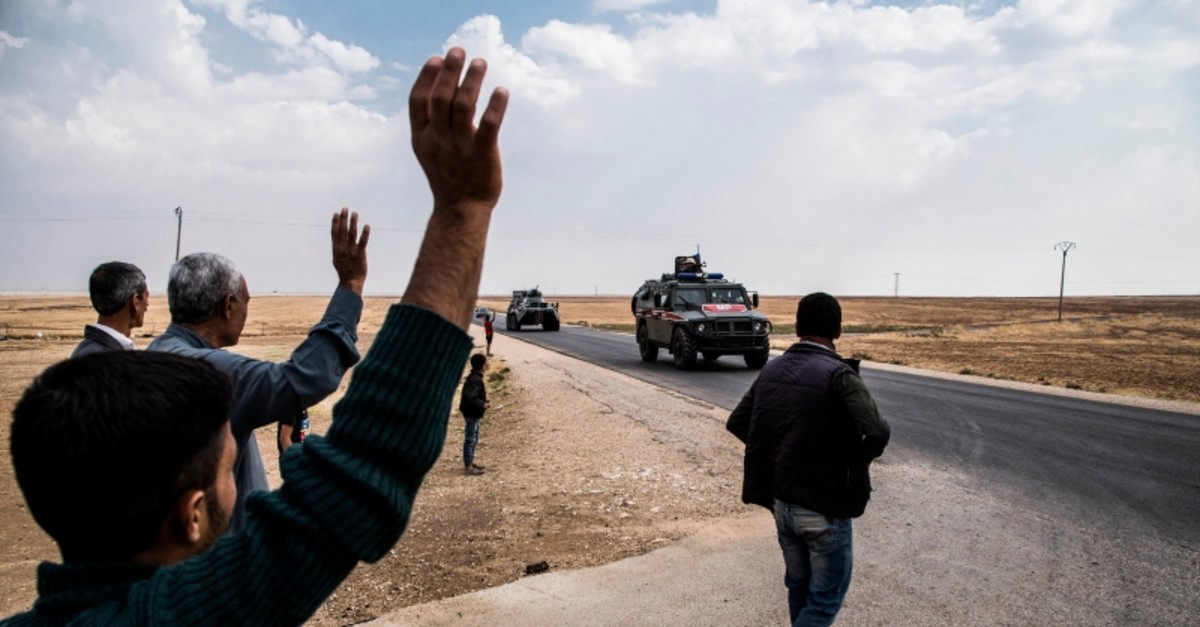 President Recep Tayyip Erdoğan highlighted Turkey's determination to clear terrorists from the Syrian border, saying that the Turkish military will complete this goal if Russia fails to fulfill its obligations under Sochi deal, as he warned Europe once again that Turkey may have to open the borders.

"If the specified area in northern Syria is not cleared of terrorists by 150 hours, Turkey will singlehandedly clear it," Erdoğan told a meeting of the Fenerbahçe Football Club on Saturday. He was referring to the recent deal signed between Russia and Turkey on Oct. 22, which orders the withdrawal of the PKK-linked People's Protection Units (YPG) terrorists.

The terrorists are expected to retreat 30 kilometers within the deadline, followed by Turkish-Russian joint patrols in the area 10 kilometers into Syrian territory.

"We expect the world to respect Turkey's security concerns, support its projects to ensure the return of Syrian refugees," he said.

The president also expressed Turkey's concerns about some leaders communicating with YPG terrorists and offering to act as mediators.

"We will never sit at the negotiating table with these terrorists, or accept others to act as mediators," he said.

The president also urged European countries to support Turkey's humanitarian projects in the areas liberated from terrorists to facilitate the return of refugees.

"If the projects we have developed for the return of Syrian refugees to their country are not supported, we have no choice but to open our borders," Erdoğan told European countries.