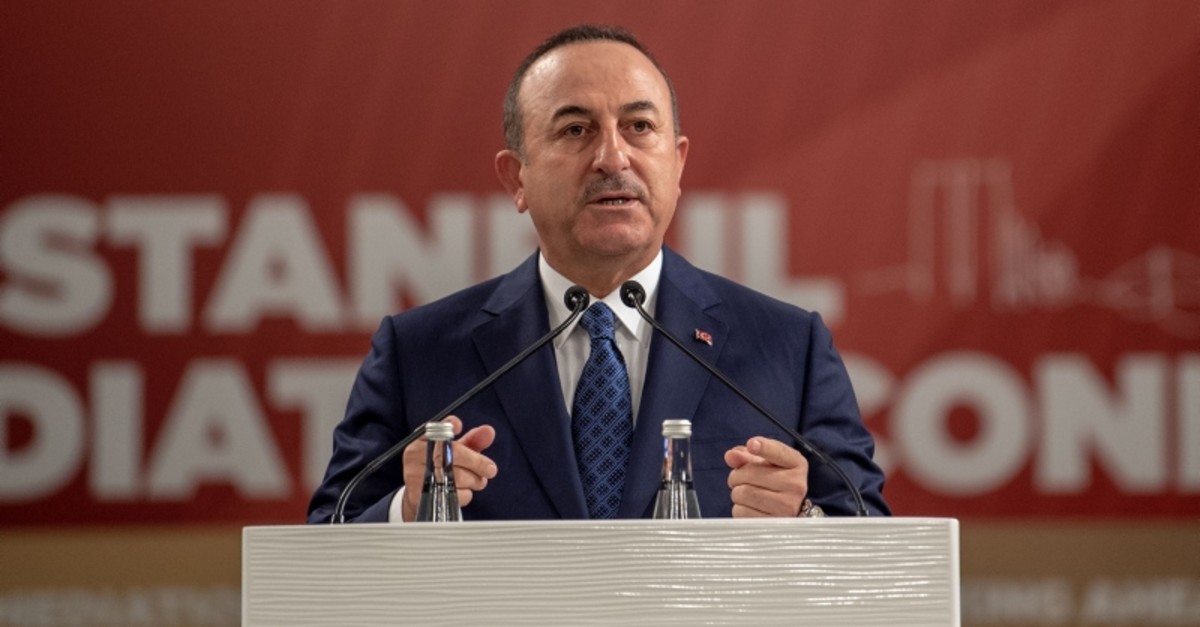 Foreign Minister Mevlüt Çavuşoğlu highlighted the importance of effective mediation, sustainable development, women's and youth roles and preventive diplomacy in the resolution of conflicts in a speech he made at the Sixth Istanbul Mediation Conference on Thursday.

Çavuşoğlu highlighted Turkey's role in mediating regional and global conflicts through a number of initiatives, as he noted that contemporary conflicts are far more complex than their predecessors.

"The complex and changing geopolitical context of conflicts has serious implications for mediation," the foreign minister said, adding that divisions in the international community are contributing to unpredictability and insecurity, as mediators no longer deal with governments and armed groups alone, but also need to consider outside powers, as today's conflicts are likely to involve regional and international actors.

The foreign minister noted that far-right actors and extremists aim to exploit divisions among people to incite violence, which disturbs peace in even some of the most developed societies.

"Even in some peaceful societies, leaders are fueling tensions without care for the consequences," Çavuşoğlu said, adding that the rise of populist politicians and marginalization of minorities contribute to isolation and radicalization among these people, making them vulnerable to recruitment by terrorists.

Referring to sustainable development as one of the most effective tools to reduce conflict, Çavuşoğlu said it serves as the blueprint for stable societies and enables them to tackle the root causes of all types of violence.

Çavuşoğlu noted that mediation should be coordinated with regional actors, including nongovernmental organizations (NGOs) and grassroots initiatives.

He also highlighted the importance of women's and youth's participation in peace processes, saying that mediators should build on previous efforts – including the Syrian Women's Advisory Board and the Yemeni Women's Technical Advisory Group – and support regional women mediators' networks like the African Union's FemWise-Africa network. Moreover, he suggested that the 600 million young people living in regions affected by conflict can also contribute to mediation and peacebuilding efforts.

The theme of this year's mediation conference is "International Peace Mediation: Taking Stock and Looking Ahead." The conference's attendees include diplomats, policymakers, international organizations and NGOs.