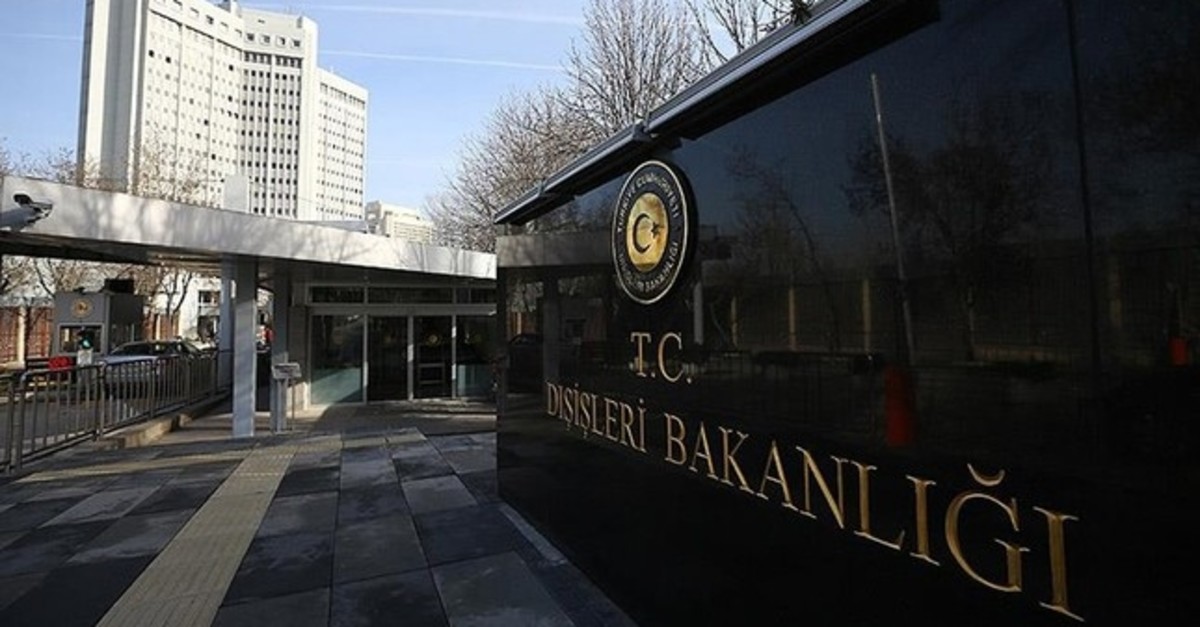 The Foreign Ministry strongly condemned a law that prohibits Muslim women wearing the headscarf in France to accompany their children during school trips, warning French officials that the ban could ignite discrimination against Muslims.
“We strongly condemn and reject the bill recently adopted by the French Senate, which aims to prevent mothers wearing a headscarf to attend school trips,” a statement released by the ministry said Thursday.
The ministry criticized French officials for the discriminatory ban, saying that concealing the headscarf ban under the “People providing assistance” clause directly targets Muslim mothers. It continued by criticizing France for its hypocrisy regarding providing fundamental rights and freedoms.
“This is a new example of France’s discriminatory and marginalizing approach to Muslims,” the ministry said, adding that the law cannot be accepted by the Turkish and Muslim people living in France.
The ministry suggested that rather than introducing such discriminatory practices that incite anti-Muslim hatred and xenophobia, French authorities should take legal measures to fight Islamophobia.
Turkey also welcomed the opposition of some conscious government officials and members of the parliament for opposing the controversial law.
“We hope that France pays attention to these warnings and immediately fixes its mistake by rejecting the bill in the National Assembly.”
Turkey has repeatedly warned European countries about the surge in far-right violence and Islamophobia, which has been posing a threat to the safety and security of Muslim people living there.
The bill was introduced after a far-right French politician opposed the attendance of a Muslim mother wearing a headscarf accompanying her child during a school trip to a regional assembly meeting.
The Republic on the Move Party — which has a majority in the national assembly — is against the bill, it is unlikely that the bill will be approved.
France has the largest Muslim minority in Europe, estimated at 5 million or more out of a population of 67 million. Religion and religious symbols worn in public can be a matter of controversy in the staunchly secular country. For years, rights groups have argued that France's secular laws foster Islamophobia and discriminate against Muslim women. France banned schoolchildren from wearing religiously distinctive clothing or emblems in 2004, after controversy over Muslim schoolgirls wearing headscarves.
France was the first country in Europe to ban Islamic face veils, such as the burqa and the niqab, in public places in 2010. In 2014, the European Court of Human Rights upheld the ban but said the law could appear excessive and encourage stereotyping. France was also embroiled in a row over bans on the burkini, a full-body Islamic swimsuit, in resorts around the Riviera. Since then, French Muslims have growing concerns, saying that decisions taken by some municipal authorities to ban the burkini could lead to the further stigmatization of Muslims.