UN to engage with Turkey over refugee resettlement in Syria 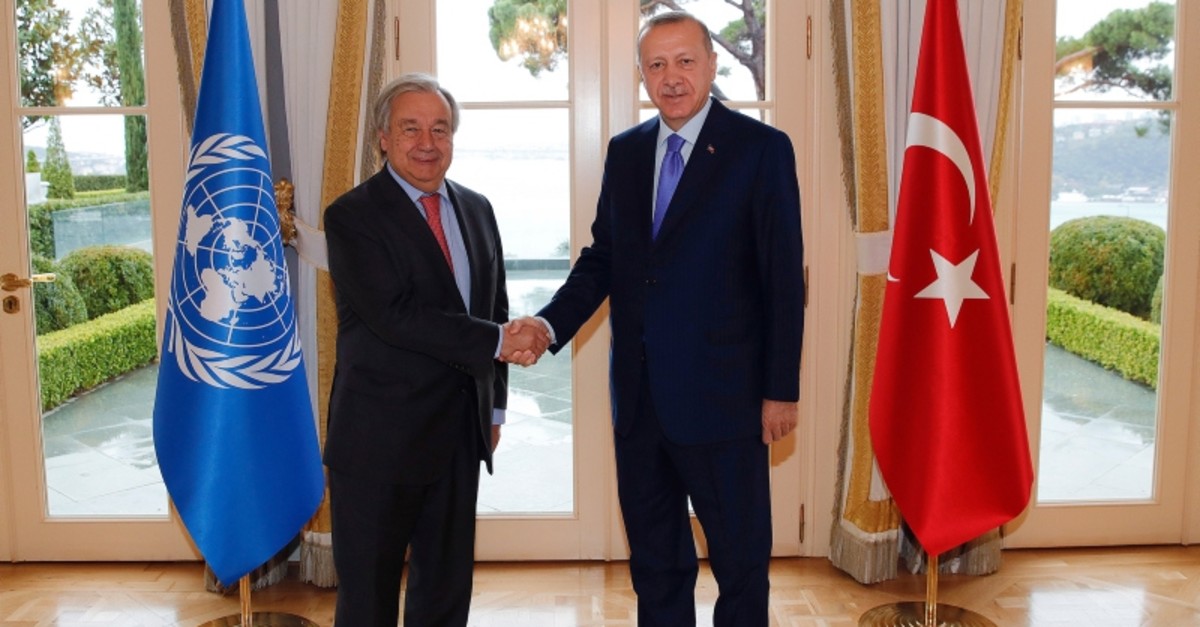 The U.N. refugee agency UNHCR will engage with Turkey over its plan to resettle as many as 2 million Syrian refugees back across its southern border, the world body has announced.

The announcement came after one hour of closed-door talks between Turkish President Recep Tayyip Erdoğan and U.N. Secretary-General Antonio Guterres on Friday at Vahdettin Pavilion in the historic city of Istanbul.

"President Erdoğan presented the secretary-general with a Turkish plan for new settlement areas for the return of Syrian refugees," U..N. spokesman Farhan Haq told reporters in New York on Friday.

"The secretary-general stressed the basic principles relating to the voluntary, safe and dignified return of refugees. He informed the president that UNHCR will immediately form a team to study the proposal and engage in discussions with Turkish authorities, in line with its mandate."

Guterres also expressed his "deep appreciation" for Turkey's support, including by hosting the U.N. Technology Bank, supporting development work across the region and working to combat the threat of climate change, said Haq.

"They also had a constructive exchange of views on a number of ongoing situations in the region, including Yemen, Libya and the Middle East peace process, as well several additional issues of mutual concern in other parts of the world," added Haq.

Guterres attended the Istanbul Mediation Conference on Thursday, which brought together policymakers, diplomats and others to the city to discuss mediation techniques and how to use new technologies to end wars.