US not in a position to give up Turkey's partnership, official says 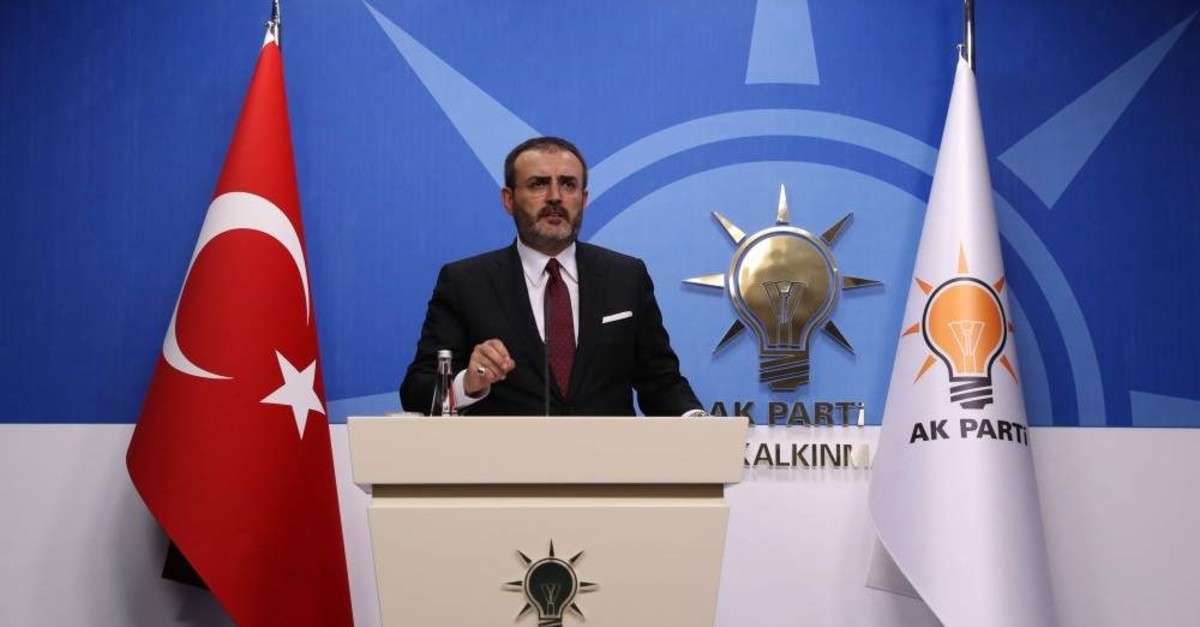 by Daily Sabah Nov 01, 2019 11:12 am
The U.S. is not in a position to renounce Turkey’s partnership over the country’s anti-terror operation in northeastern Syria, Justice and Development Party (AK Party) Deputy Chairman Mahir Ünal said Thursday.
“When we look at U.S.-Turkey relations, we see that the U.S. is not in a position to give Turkey up,” Ünal said, adding that Turkey’s strength and determination make the country an indispensable partner in the region.
Ünal underscored that Turkey had over 81% of public support for Operation Peace Spring, adding that the country successfully cleared Tal Abyad and Ras al-Ayn from PKK-linked People’s Protection Units (YPG) terrorists within a matter of 16 hours without harming any civilians in the region, while the U.S. indiscriminately bombed Raqqa for over a month to clear Daesh.
He continued by saying that the U.S.’ current position is extremely vague as it is difficult to understand what the administration is trying to do.
“On one hand, Trump is going through an impeachment process amid A controversy regarding Ukraine and Russia while on the other hand there's the position of the House of Representatives and statements some senators who contradict each other,” Ünal said.
He noted that Trump’s unusual approach to politics has become the new norm.
“Many things can be said about Trump but I say Trump is not abnormal. He is the new normal,” Ünal said, adding that the U.S. president's behavior had become the new norm amid the collapse of the international system and dysfunctional organizations, including the European Union, NATO, and the United Nations, none of which are currently accomplishing what they were created to achieve.
“Trump cares about results rather than the essence and quality of the things he does,” Ünal said and added: “This is what I mean by the new norm.”
Ünal pointed out that Germany, Britain, and France were trying to establish contact with President Recep Tayyip Erdoğan to become a part of the process in the region as they have been left out of the loop.
Turkey launched Operation Peace Spring, the third in a series of cross-border anti-terror operations in northern Syria targeting terrorists affiliated with Daesh and the PKK's Syrian offshoot the People's Protection Units (YPG), on Oct. 9.
While the U.S. warned Turkey to avoid carrying out an operation in the region, Ankara proceeded with its plans to clear terrorists off the border area to ensure security and facilitate the return of refugees.
Turkey and the U.S. have been at odds over a number of issues, including the latter’s support for the YPG, the Syrian offshoot of the PKK, which is considered as a terrorist organization by Turkey, the U.S. and the European Union.
Last Update: Dec 20, 2019 1:22 am
RELATED TOPICS