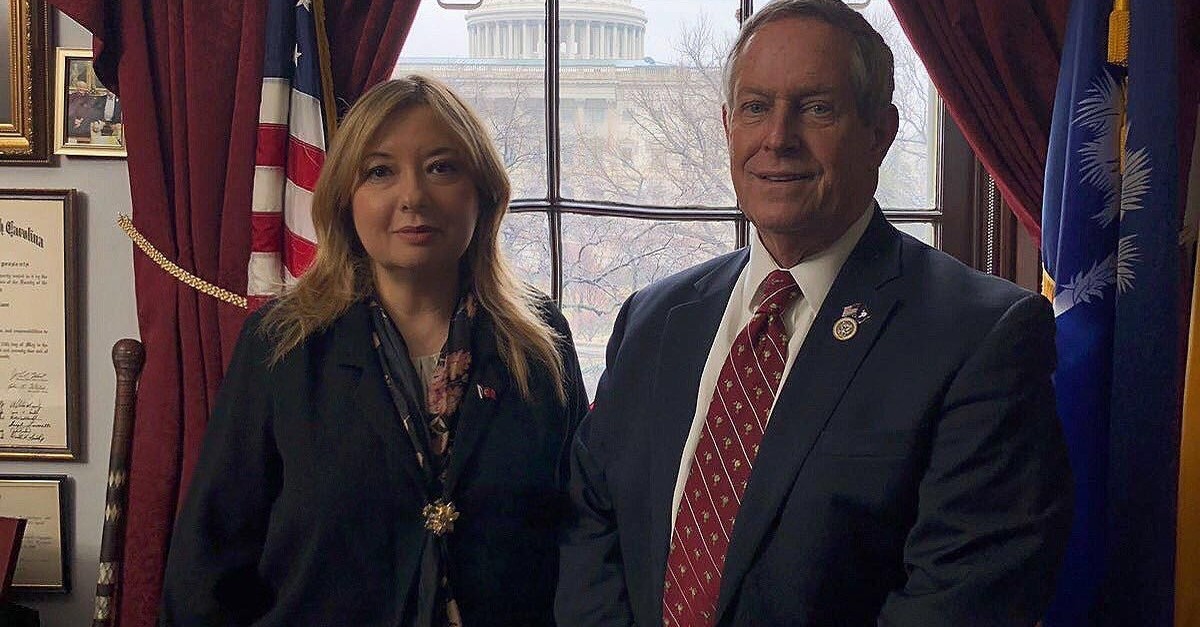 “With today’s #YPG #SDF attack on Tal Abyad we see this terrorist organization is not only a threat to us but to the people of this area who are returning to their homes after being forcibly displaced by the YPG. Please check your facts and do not listen to terrorist propaganda,” Aybet said on her Twitter account.

Referring to her meeting last year with member of the House Committee of Foreign Affairs and the House Armed Services Committee Congressman Joe Wilson, Aybet noted that she is “disappointed.”

“While your NATO ally Turkey is striving to bring peace & stability to this corner of Syria, the #YPG/SDF exploded a car bomb in Tal Abyad today killing 13 civilians. That’s what #Terrorists do,” she said.

Aybet highlighted that Turkey’s aim in northern Syria is to clean the area from terrorists and create a “stable secure environment for the return of displaced people.”

At least 13 civilians were killed, 20 others were injured in a People's Protection Units (YPG) terror attack on a market in Syria's Tal Abyad.

A bomb-laden vehicle exploded near the marketplace located in Tal Abyad's city center in the afternoon.