President Erdoğan accepts Trump's invitation, to visit US on Nov. 13 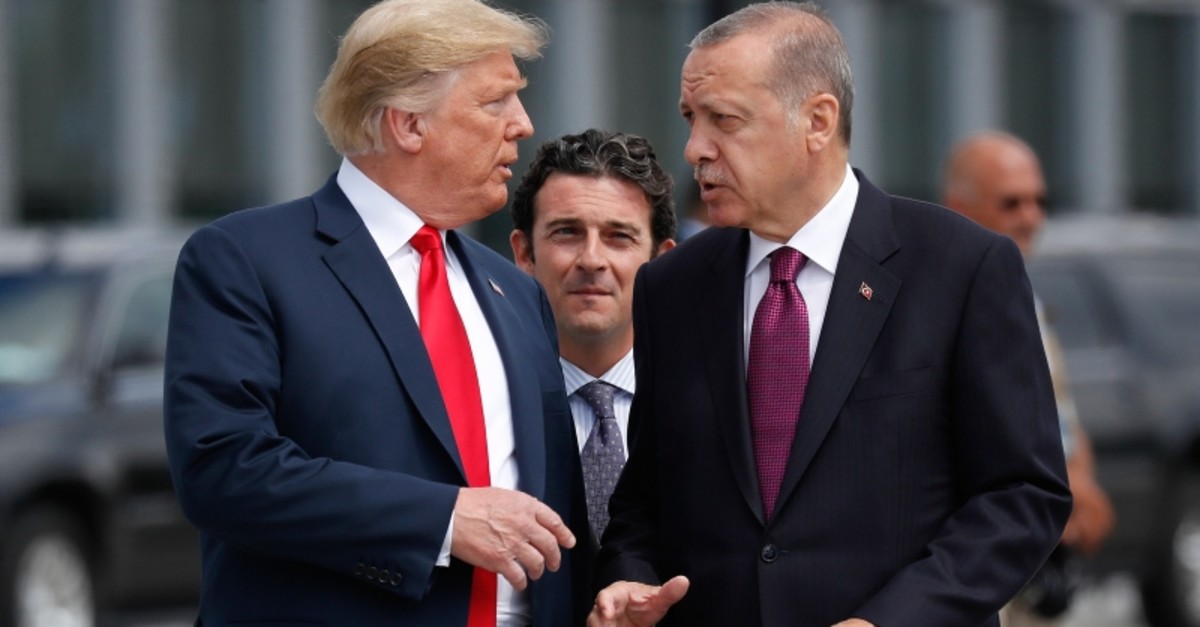 In a telephone conversation, "the two leaders reconfirmed that they will meet in Washington on Wednesday, Nov. 13, on President Trump's invitation," the Turkish presidency said. The two leaders also exchanged views on bilateral issues and regional developments during their phone call.

In a tweet, Trump said he discussed Turkey's arrest of Daesh fighters and the eradication of terrorism during a "very good call" with President Erdoğan.
Earlier on Wednesday, President Erdogan said that Turkey had captured the wife of slain Daesh terrorist leader Abu Bakr al-Baghdadi in Syria.
Turkish security forces also captured al-Baghdadi's older sister, her husband, daughter-in-law and five children. Rasmiya Awad, 65, was captured in a raid Monday on a trailer container she was living in with her family near the northern Syrian town of Azaz in Aleppo province.
Earlier this week, three Turkish officials had said Erdoğan might call off the visit in protest of a vote in the U.S. House of Representatives to impose sanctions on Turkey, closely followed by a vote to recognize the 1915 incidents as a "genocide" against Armenians, rather than calling it a tragedy where Turks and Armenians suffered casualties in the heat of World War I.
However, officials on Wednesday said the visit would go ahead.