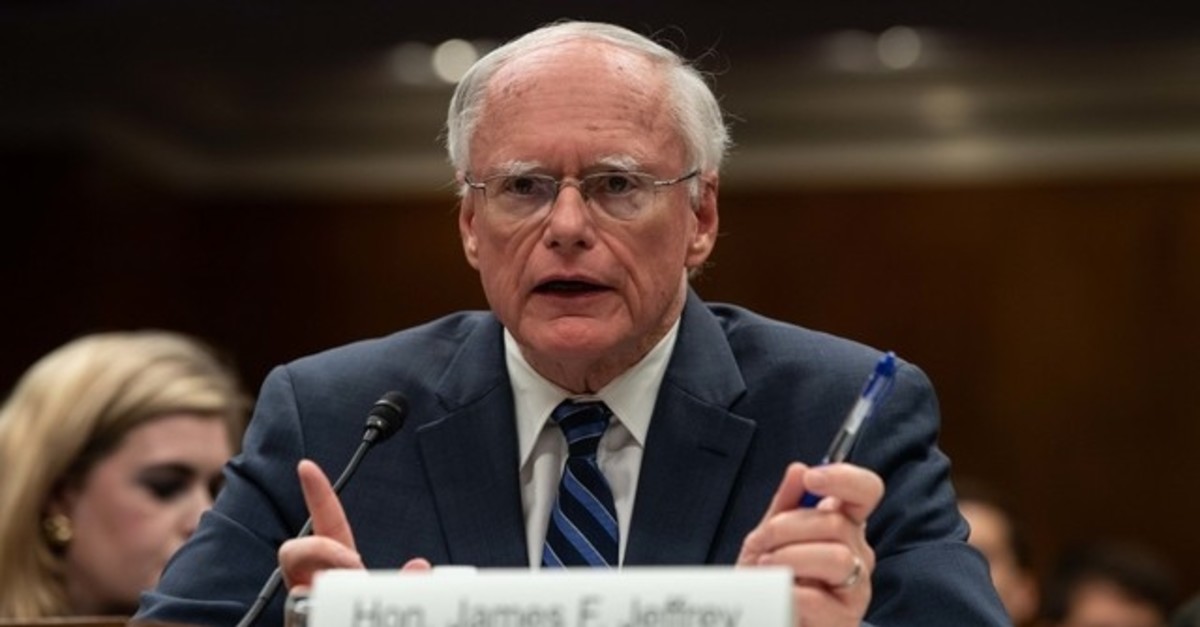 The U.S. special representative for Syria will travel to Turkey with a delegation on Friday to discuss the current situation in northern Syria.

According to a statement by the Department of State, the U.S. delegation led by Jeffrey will hold meetings with Turkish delegations at the Ministries of National Defense and Foreign Affairs.

The meetings are expected to be dominated by “issues of mutual concern,” including the current situation in northern Syria and fight against Daesh.

Jeffrey, who also serves as the U.S. special envoy for the Global Coalition to Defeat Daesh, was in Ankara last month as part of a high-level U.S. delegation led by Vice President Mike Pence to discuss Turkey's anti-terror operation in northeastern Syria.

On Oct. 9, Turkey launched Operation Peace Spring with the aim of eliminating the PKK/People's Protection Units (YPG) terrorists from northern Syria in order to secure Turkey's borders, aid in the safe return of Syrian refugees and ensure Syria's territorial integrity.

The operation, conducted in line with the country's right to self-defense borne out of international law and U.N. Security Council resolutions, aims to establish a terror-free safe zone, east of the Euphrates River, where Syrians can return to in safety.