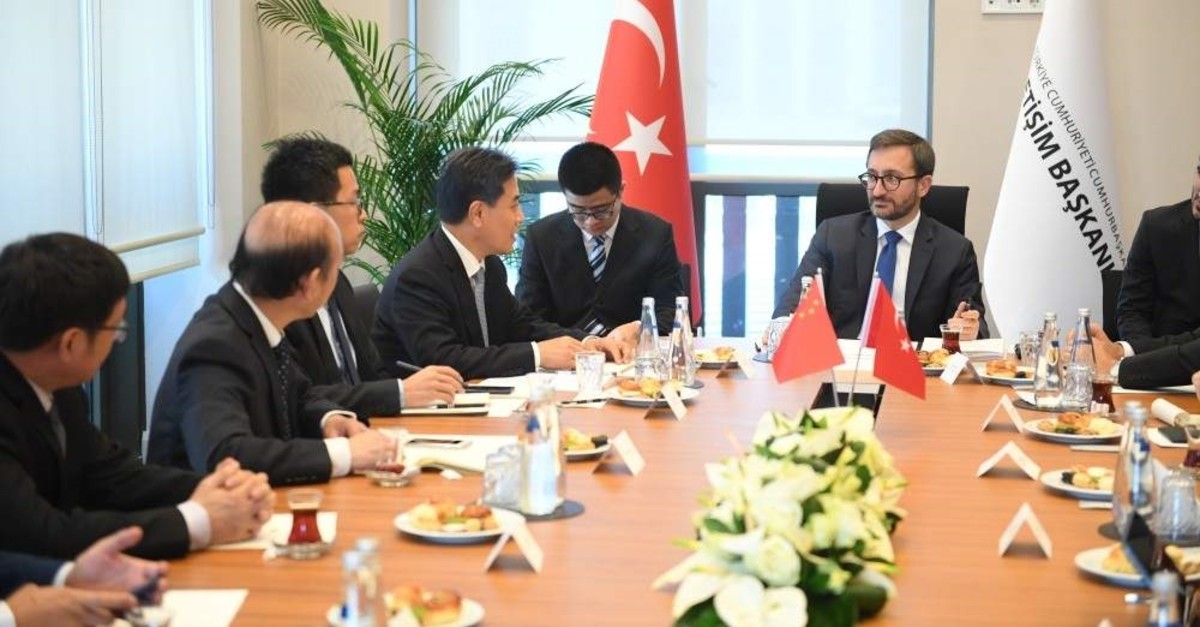 Turkey and China will fight the spread of propaganda through the media together, Turkey’s Presidential Communications Director Fahrettin Altun said on Wednesday.
According to a statement by the directorate, Altun received a delegation headed by Gao Jianmin, the deputy minister of China's National Radio and Television Administration.
During the meeting, Altun said, "We think Turkey and China should work in the new period in very close coordination on media and communications within the new cooperation philosophy."
Underlining that Turkey hoped for strong cooperation between the two "friendly countries" in the fields of media, communications and public diplomacy, Altun stressed the importance of sharing mutual experiences and producing concrete projects in these fields.
He underlined that both Turkey and China had been the target of international propaganda, adding, "We can fight this undue and adverse propaganda, particularly by conducting joint public diplomacy activities and media projects."
Especially during Operation Peace Spring, which aims to clear areas of northern Syria bordering Turkey from terrorist groups for protecting national security and establishing a safe zone for the resettlement of Syrian refugees, Ankara has been the target of dark propaganda in global media.
Pointing to both countries' breakthroughs in the television and movie industries, Altun also praised Turkey's public broadcaster TRT for its contributions to the sector.
During the meeting, Gao Jianmin said, "We are ready to take concrete steps to further deepen the friendship between our countries as well as establish more effective communication and cooperation mechanisms."
As a result of developed relations between the two countries in recent years, seven minister-level visits from Turkey to China in 2018 in addition to the Parliament chairman's visit were recorded. From China to Turkey, three ministerial-level and three vice-ministerial-level visits took place.
These visits led to the development of and plans for many activities in various areas including politics, economics, trade and culture.
President Recep Tayyip Erdoğan's visit to China on July 2 initiated a new process in bilateral relations that reached record-high levels with intense contacts.
Last Update: Dec 20, 2019 1:31 am
RELATED TOPICS