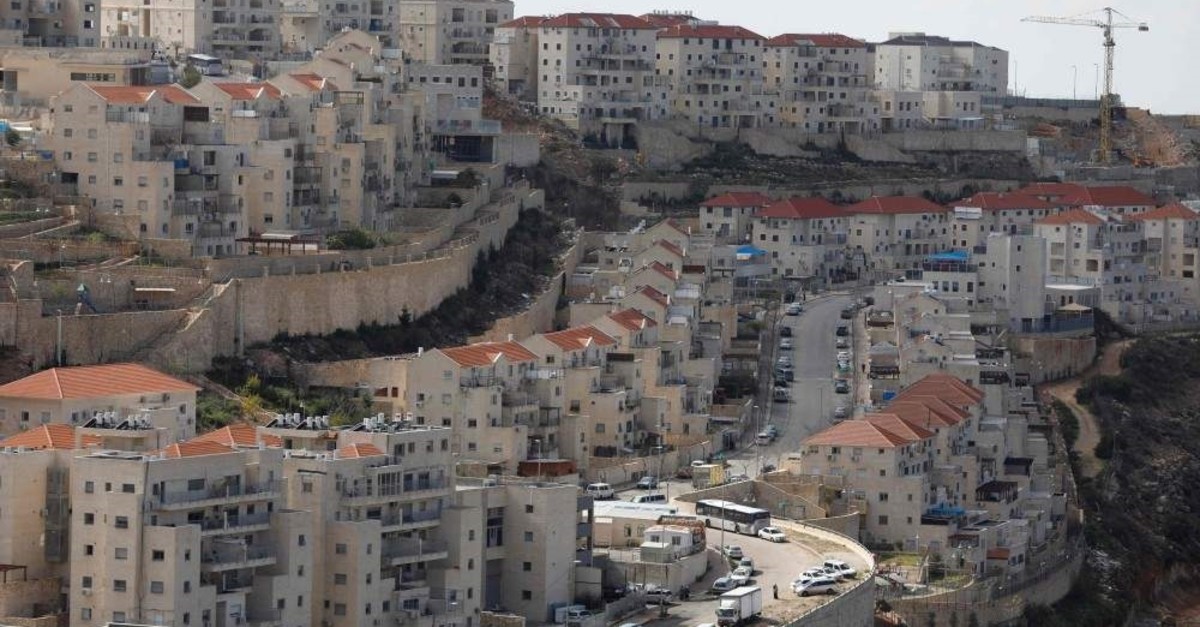 A view of the Israeli settlement of Beitar Illit on February 14, 2018 (AFP Photo)
by Daily Sabah Nov 07, 2019 12:31 pm
Turkey strongly condemned Israel’s approval of plans to build around 2,000 new settlement units in the occupied West Bank, calling it a clear demonstration of Tel Aviv’s attempts to alter the demographics of the region.
In a statement, the Foreign Ministry said it rejects Israel’s approval of new settlements in occupied Palestinian territory.
“The approval by Israel to build 2,342 additional housing units in the illegal settlements in the occupied Palestinian territories is another obvious example of Israel's policy to change the demographic structure of the region,” the ministry said, adding that there has been almost a 50% surge in the number of illegal settlement approvals in 2019.
The ministry noted that this evidence proves Israel’s goal to destroy the vision for a two-state solution.
“We reject this illegal decision of Israel, which continues to violate the fundamental rights of the Palestinians by mockingly ignoring international law and reiterate our call on all members of the international community to fulfill their responsibility to counter the oppression and occupation of the Palestinian people,” the ministry said.
Meanwhile, Justice and Development Party (AK Party) Spokesman Ömer Çelik also condemned Israel for approving illegal settlements.
“Each brick laid to construct these illegal settlements is a new act of violence,” Çelik said, adding that the AK Party condemns Israel’s acts of violence which aim to change the demographics of the region.
Çelik continued by noting that all steps taken by Israel to construct new settlements violate international law and are against the vision of a two-state solution.
Around 653,000 Jewish settlers live in 150 settlements in the occupied West Bank and Jerusalem, according to official figures provided by Palestinian authorities. Jewish settlements occupy around 10% of the territory in the West Bank, while 47% of the settlements are near Jerusalem.
Palestinians have long argued that Israeli settlements could deny them a two-state solution.
The international community considers all Israeli settlements in occupied Palestinian territories to be unlawful.
In a move never recognized by the international community, Israel annexed the Jerusalem in 1980, claiming it as the capital.
Last Update: Dec 20, 2019 1:31 am
RELATED TOPICS