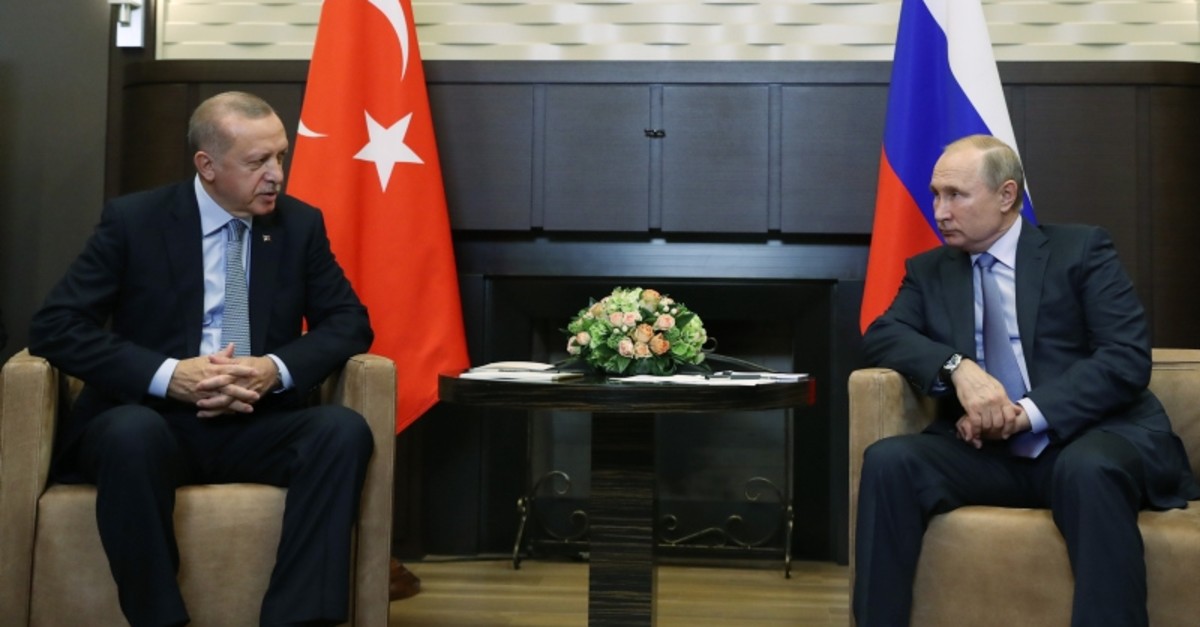 The two leaders reaffirmed their commitment to the Sochi agreement reached during high-level talks on Oct. 22.

On Oct. 22, Ankara and Moscow reached a deal under which the PKK-affiliated People's Protection Units (YPG) terrorists were to pull back 30 kilometers south of Turkey's border with Syria within 150 hours, and security forces from Turkey and Russia would mount joint patrols there.

The first round of patrols was conducted 40 kilometers east of Ras al-Ayn and 30 kilometers west of Qamishli on Nov. 1. A second and third round were completed last week.