France aims to establish dialogue with Turkey over Daesh fighters 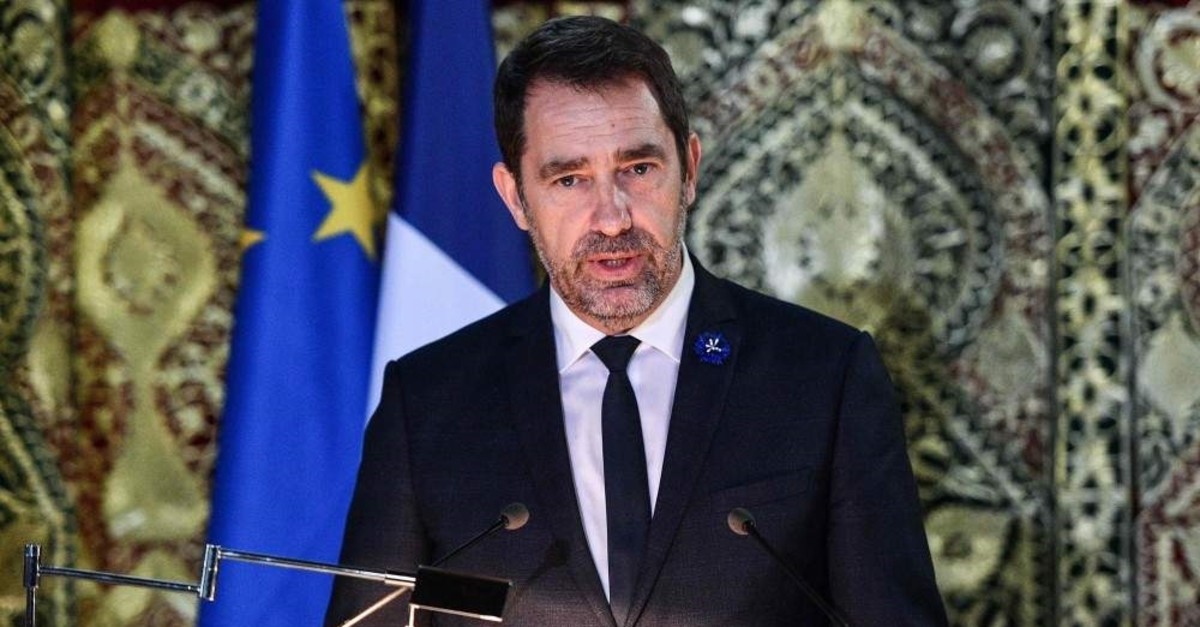 French Interior Minister Christophe Castaner speaks during a ceremony on November 7, 2019 at the Grande Mosquee in Paris (AFP Photo)
by Daily Sabah Nov 13, 2019 10:02 am
France wants to establish a close dialogue with Turkey over the anti-Daesh fight and will accept 11 Daesh terrorists who will be deported by Turkey, officials said Tuesday.
The issue of Daesh terrorists is a key security concern for France like it is for Turkey, French Foreign Ministry Spokesperson Agnes Von Der Mühll said in a written statement. She continued by saying that the situation of these terrorists will be discussed at the International Coalition Against Daesh meeting in Washington on Wednesday.
"In the fight against Daesh that has been underway for several years, France and Turkey have taken care to coordinate closely in cases when French nationals connected with Daesh are found on Turkish territory, under the control of Turkish authorities," Parly said.
Parly noted that President Emanuel Macron plans to meet with the heads of the state of Turkey, the United Kingdom and Germany regarding the matter.
Previously, French Defense Minister Florence Parly had said that they had no knowledge about Turkey deporting French Daesh fighters to France.
Meanwhile, France Interior Minister Christophe Castaner said his country will accept 11 Daesh terrorists currently held by Turkey.
There are around 500 French citizens in camps and prisons held by the PKK’s Syrian offshoot People’s Protection Units (YPG) in northern Syria, including at least 60 militants, Reuters reported.
“We are currently carrying out work to repatriate 11 French citizens,” Castaner told lawmakers.
He noted that Turkey can repatriate the terrorists in line with a deal signed in 2014.
Some 250 French citizens have been repatriated since 2014 under the scope of the agreement, he said.
Frustrated about Europe’s indifference to over 1,100 detained foreign fighters, Turkey started extraditing Daesh terrorists. Turkish Interior Minister Süleyman Soylu recently said Turkey is “not a hotel for Daesh terrorists” and that the country will extradite the detained terrorists to their countries of origin even if their citizenship have been revoked.
The issue of repatriating citizens who fought for Daesh in Syria remains a divisive problem in Europe, with many countries refusing to accept the terrorists.
Turkey has criticized Western countries for refusing to repatriate their citizens who left to join Daesh in Syria and Iraq, and stripping some of them of their citizenship. Although the 1961 New York Convention made it illegal to leave people stateless, several countries, including Britain and France, have not ratified it, and recent cases have triggered prolonged legal battles. The U.K. alone has stripped more than 100 people of their citizenship for allegedly joining terrorist groups abroad.