Germany in intense dialogue with Turkey over repatriation of Daesh suspects 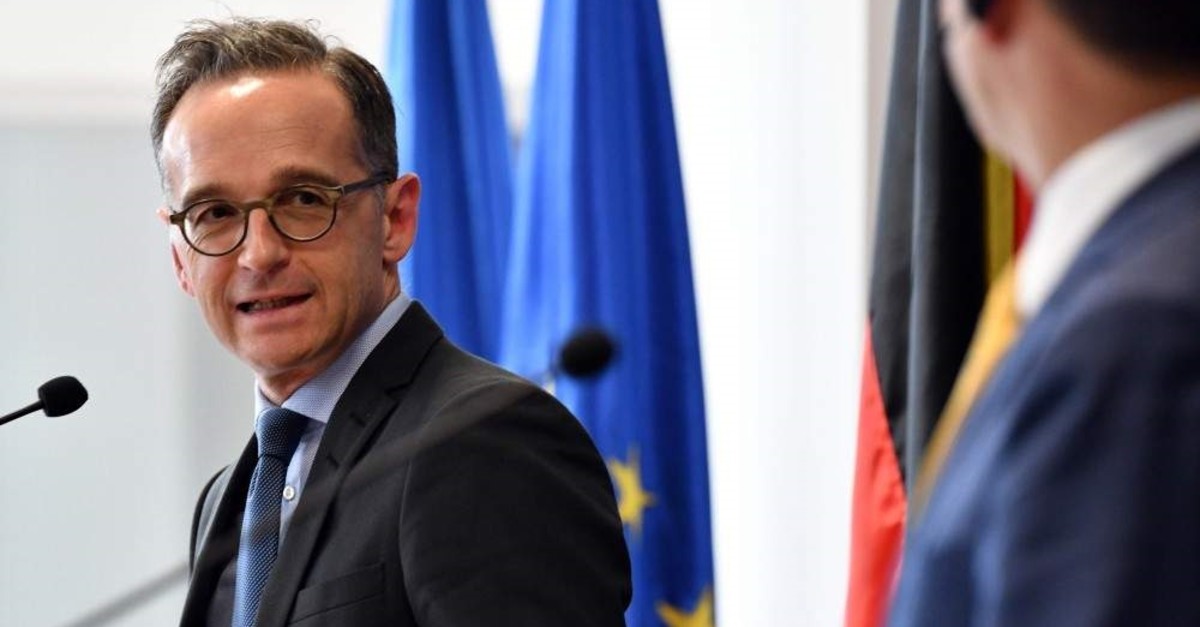 German Foreign Minister Heiko Maas (L) attends a news conference with his North Macedonia's counterpart upon his arrival in Skopje, on Nov. 13, 2019. (AFP Photo)
by Daily Sabah Nov 14, 2019 11:08 am
Germany has been holding an intensive dialogue with Turkey about the extradition of detained German nationals currently being held over Daesh terrorist links, Foreign Minister Heiko Maas said Wednesday.
Speaking in the North Macedonian capital Skopje, Maas said German authorities are constantly in contact with their Turkish counterparts over how many Daesh-linked citizens will be extradited to the country.
He noted that the priority is to establish the citizenship of the suspects and to determine their involvement with the terrorist organization so they could stand trial in Germany.
“If they committed crimes then they have to stand trial and claim responsibility,” Maas said.
Turkey started extraditing detained Daesh terrorist suspects held in prisons on Monday following Western countries’ refusal to accept the terrorists.
The issue of repatriating citizens who fought for Daesh in Syria remains a divisive problem in Europe, with many countries refusing to accept the terrorists.
Turkey has criticized Western countries for refusing to repatriate their citizens who left to join Daesh in Syria and Iraq, and stripping some of them of their citizenship. Although the 1961 New York Convention made it illegal to leave people stateless, several countries, including Britain and France, have not ratified it, and recent cases have triggered prolonged legal battles. The U.K. alone has stripped more than 100 people of their citizenship for allegedly joining terrorist groups abroad.
Last Update: Dec 20, 2019 1:40 am
RELATED TOPICS