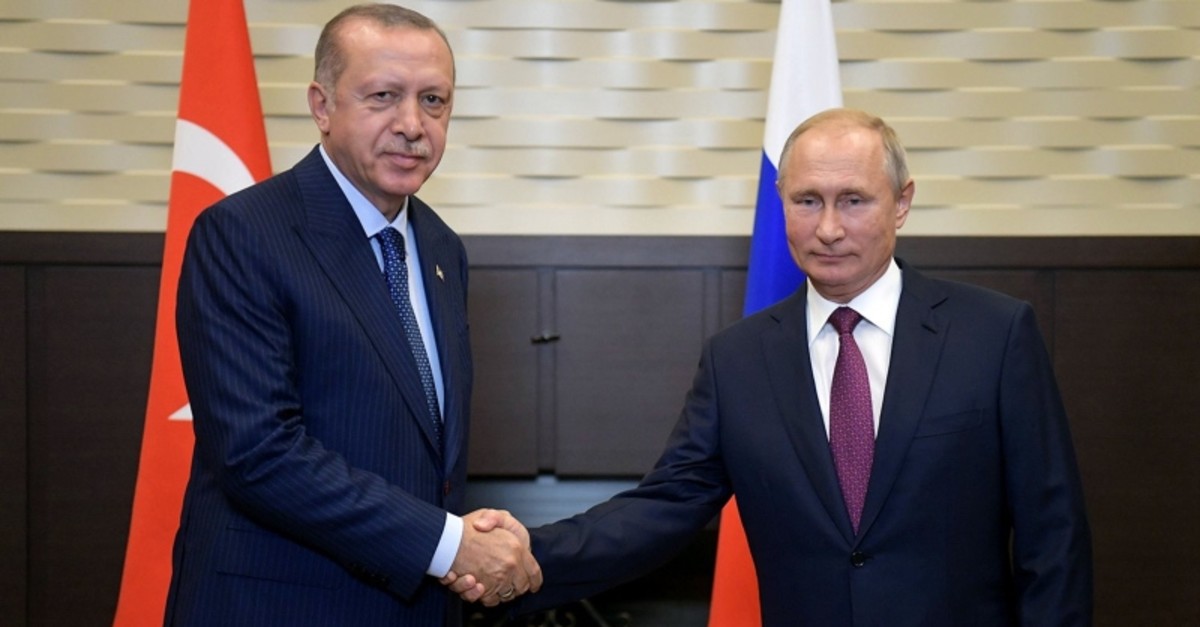 Russian President Vladimir Putin is planning a visit to Turkey in the first week of January, a senior aide to President Recep Tayyip Erdoğan said Friday.

İbrahim Kalın said Putin and Erdoğan will discuss energy issues including the TurkStream natural gas pipeline, as well as the details of an agreement between Ankara and Moscow on the PKK-affiliated terrorist group People's Protection Units' (YPG) withdrawal from the Turkish borders with Syria.
As part of the deal, Turkey and Russia have completed six joint patrols in the region following the completion of the 150-hour withdrawal period as per the deal.

Turkey launched Operation Peace Spring, the third in a series of cross-border anti-terror operations in northern Syria targeting terrorists affiliated with Daesh and the PKK's Syrian offshoot the People's Protection Units (YPG), on Oct. 9. There have been dozens of attacks by YPG forces on Turkish troops in Syria.

The operation is in line with the country's right to self-defense borne out of international law and U.N. Security Council resolutions. It aims to establish a terror-free safe zone for Syrians to return in the area east of the Euphrates River. The area used to be controlled by the U.S.-backed Syrian Democratic Forces (SDF), which is dominated by YPG terrorists.

Ankara agreed with Washington on Oct. 17 to temporarily halt its operation to allow YPG/PKK terrorists to withdraw from the planned safe zone.

On Oct. 22, Ankara and Moscow reached a deal under which YPG/PKK terrorists were to pull back 30 kilometers south of Turkey's border with Syria within 150 hours, and security forces from Turkey and Russia would carry out joint patrols there.