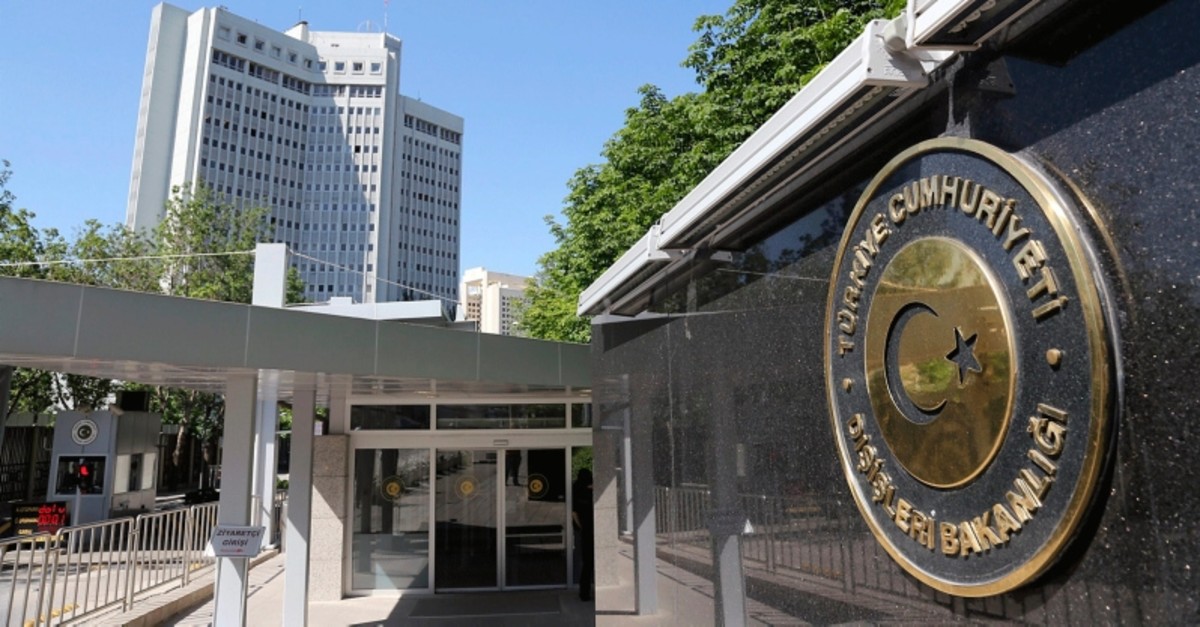 Turkey on Thursday condemned the Greek prime minister's recent remarks on migration, which slandered Ankara’s efforts to fulfill its migration deal with the EU, describing them as "baseless and unfortunate."

"The last example of manipulation of public opinion that Greece is attempting to conduct through distortion of facts is the baseless and unfortunate statements of Prime Minister [Kyriakos] Mitsotakis," Hami Aksoy, the Foreign Ministry spokesman, said in a statement.

Highlighting Turkey's prominent role in migration issue, Aksoy said the current level of crossings to Europe have reduced by 94% thanks to measures taken by Ankara compared to 2015 figures, which stood at 850,000.

"It is not humane for countries located on the migration routes as well as Greece to implement 'zero migrant policy' and disregard the rights of these people. Greece and countries suffering from migration need to focus primarily on addressing the root causes triggering migration in source countries," he said.

The statement followed Misotakis’ remarks, which falsely accused Turkey of trying to put pressure on the EU through the migration crisis. Referring to President Recep Tayyip Erdoğan’s remarks on opening Turkey's borders unless European countries cooperate to lessenthe refugee burden, Misotakis threatened that if Ankara would like to have good neighborly relations, it would not do such a thing.

The spokesman noted Turkey is hosting more than 4 million migrants, and said: "Our Greek counterparts as well as international community should understand that it is not fair for Turkey to solely shoulder the burden of migration, which is a global problem."

Noting that Mitsotakis refused to see and acknowledged the situation, the ministry statement said Greece keeps on pushing back the irregular migrants coming at their door.

"Disregarding European values, these people are subjected to inhumane treatment," he added.

The Foreign Ministry spokesman said opting for cooperation with Turkey on the matter of migration will bring more effective results than making propaganda against the country.

The statement called on the Greek authorities to "redress the inhumane conditions migrants are going through, which are also recorded by international organizations."

It also called on Greece to prevent death of infant, minor migrants, as well as those who are deprived of required assistance.

It said the authorities should not use weapons against migrants. "Show respect to beliefs of migrants as well as common values of Europe and humanity," Aksoy said.

However, while Turkey has been fulfilling its own part of the deal, Greece has chosen another route by illegally pushing back migrants. According to Turkey’s Interior Ministry, in the first 10 months of 2019, 25,404 irregular migrants were pushed back into Turkey by Greece, a significant increase from the 11,867 migrants pushed back in 2018. Under international laws and conventions, Greece is obliged to register any illegal migrants entering its territory; yet, this is not the case for thousands of migrants who were forcibly returned to Turkey. In interviews with these migrants, Turkish authorities have learned that, in many instances, the migrants' personal belongings were confiscated and they were subjected to unacceptable treatment, such as beatings, before being pushed back into Turkey by Greek officials.

The latest of such incidents took place on Wednesday when 30 migrants were illegally pushed back into Turkey by Greek authorities after being beaten. The injured migrants have been treated in Turkey. One of the beaten migrants, Süleyman Biyen from Pakistan, said that Greek soldiers captured them after they crossed into the country and treated them very badly. After tying his hands and feet, soldiers beat Biyet and left him at a house without food or water. Another migrant, Bilal Tahi, said that after being beaten, soldiers threw him into the river and he swam to Turkey to seek refuge.