UN-sponsored Cyprus talks to be held in Germany 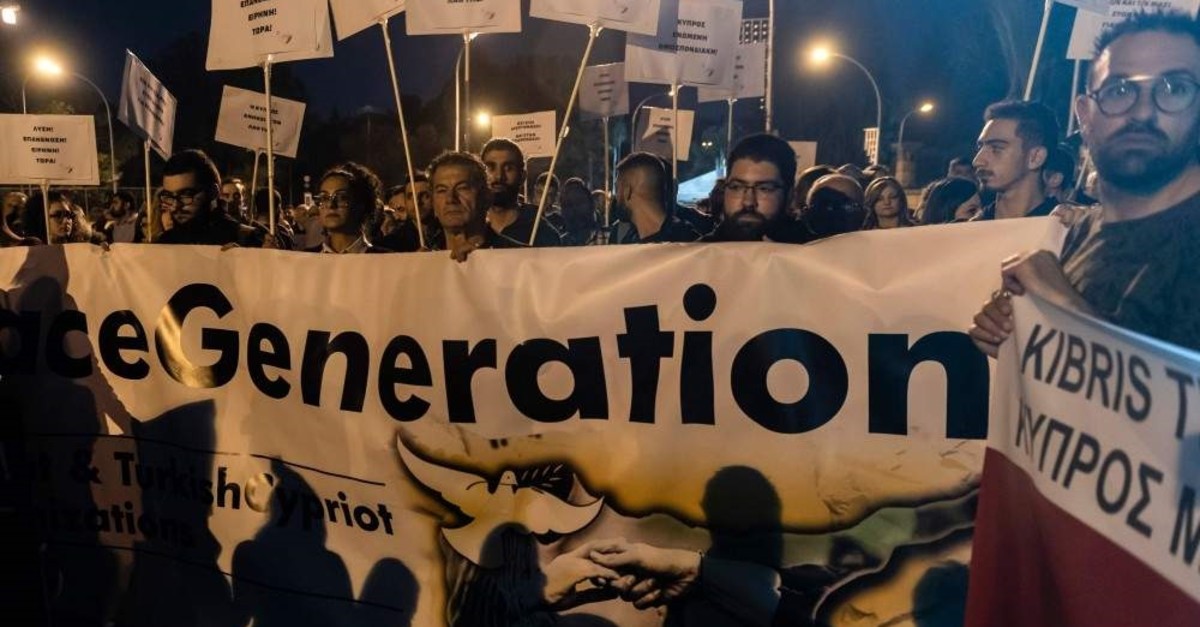 Cypriot demonstrators carry a banner as they rally in front of the presidential palace in the southern side of the divided capital Nicosia, to protest the standstill in peace talks (AFP Photo)
by Anadolu Agency Nov 22, 2019 10:33 pm

Germany is preparing to host a U.N.-sponsored meeting between Turkish and Greek Cypriot leaders next week, a foreign ministry spokesman said Friday.

"We are in favor of the resumption of U.N.-led negotiations in the Cyprus conflict," he said, adding that Germany would provide logistical support for the trilateral meeting, but would not take part in the talks.

Cyprus problem remains unsolved for decades despite a series of efforts by the U.N. for a lasting settlement between the Turkish and Greek Cypriots.

The TRNC disputes the Greek Cypriot administration's claim to be the sole legitimate government of the whole of Cyprus, while the Greek Cypriots oppose recognizing the political equality of Turkish Cypriots.

The island has been divided into a Turkish Cypriot government in the northern third and Greek Cypriot administration in the south since a 1974 military coup which aimed at Cyprus' annexation by Greece.

Turkey's intervention as a guarantor power in 1974 had stopped the yearslong persecution and violence against Turkish Cypriots by ultra-nationalist Greek Cypriots.

In 1983, the Turkish Republic of Northern Cyprus (TRNC) was founded.