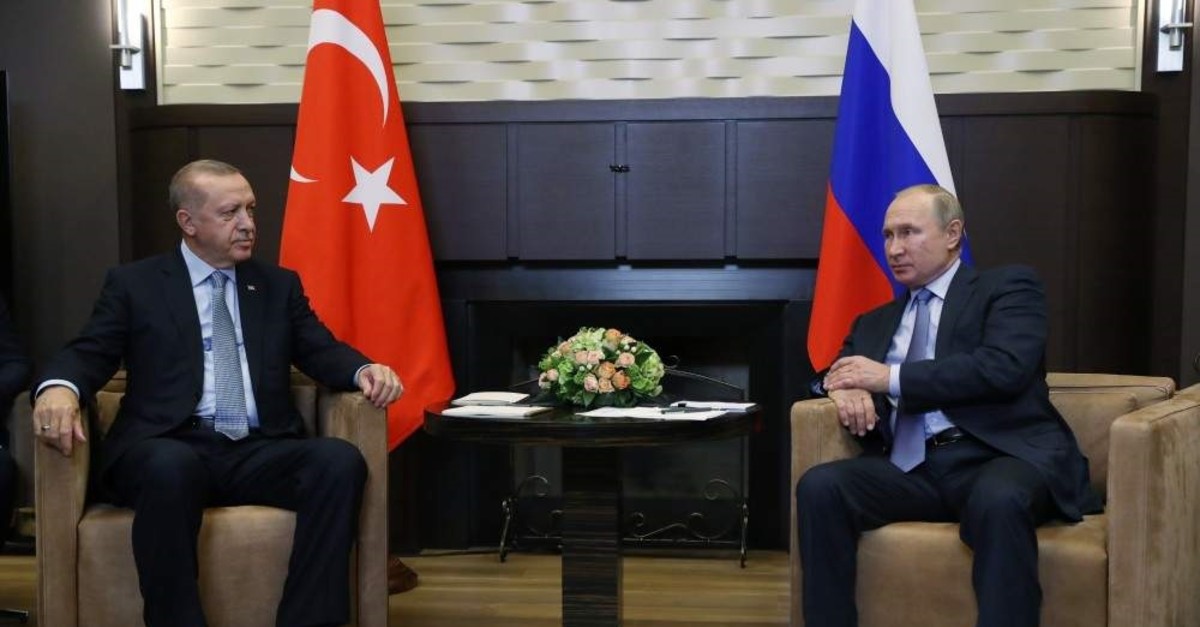 | Sabah File Photo
by Anadolu Agency Nov 25, 2019 3:39 pm
Russian President Vladimir Putin will visit Turkey in the first month of 2020, Kremlin spokesman Dmitry Peskov announced on Monday.
Responding to a question of whether Putin is going to take part in the TurkStream gas pipeline launch ceremony, Peskov confirmed that the visit was planned during one of the latest phone conversations between Turkish President Recep Tayyip Erdoğan and his Russian counterpart.
In January 2020, when the ground section of the TurkStream pipeline in Turkey will be ready, President Putin will visit Turkey, and the preparations for the visit are currently underway, Peskov told reporters in Moscow.
The TurkStream natural gas pipeline has a total capacity of 31.5 billion cubic meters, out of which the first line will carry a capacity of 15.75 billion cubic meters of Russian gas to Turkish consumers. The second line will carry another 15.75 billion cubic meters of gas to Europe via Turkey.
The European route for TurkStream has not been officially announced yet.
Last Update: Dec 20, 2019 1:55 am
RELATED TOPICS