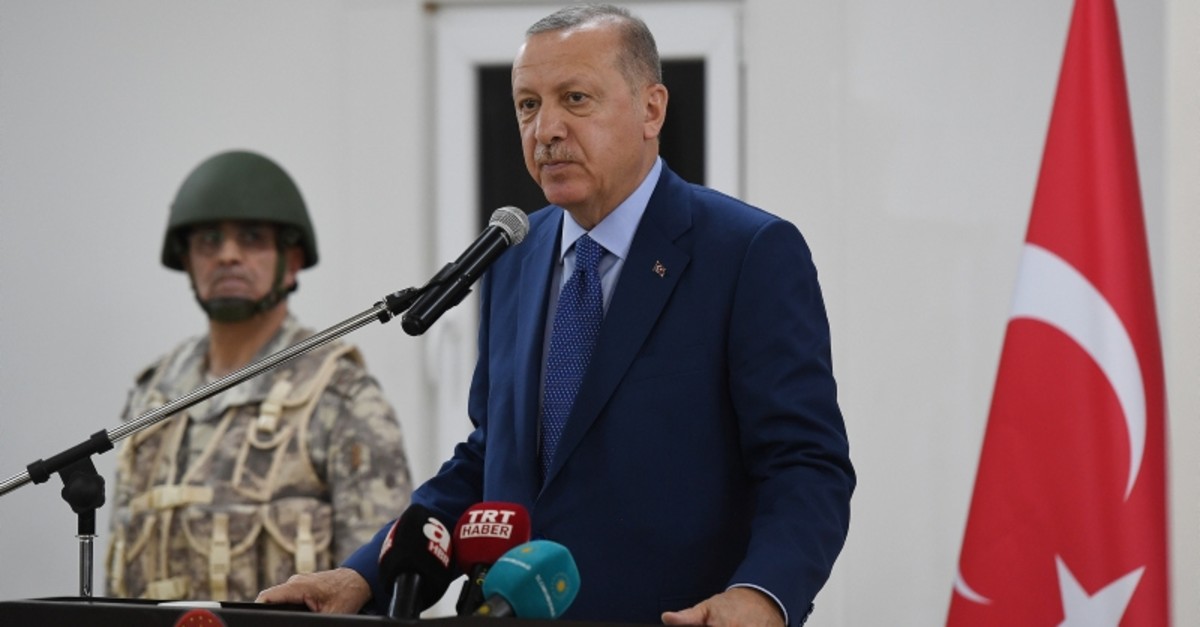 The construction of a new Turkish military post in Qatar has been completed, President Recep Tayyip Erdoğan said during his visit to the country on Monday.

“It will be named after the famous Muslim commander Khalid bin Walid,” Erdoğan said while visiting Turkish troops in Doha. Erdoğan added that an Ankara-Doha joint force command serves peace and stability not only in Qatar but also in the Gulf region.
Dubbing the command as "the symbol of brotherhood, friendship, solidarity and sincerity," Erdoğan claimed [this command] has never based on "interests like that of the other countries'. "We have never left our friends alone in any period of the history against threats and risks, and we never will," he said, and added: "We [Turkey] attribute great importance to peace, security and stability of the Gulf region where we are connected with deep roots".
Erdoğan said he and the accompanying Turkish officials held "fruitful, successful and sincere" meetings with their counterparts during the day. "We confirmed our will to strengthen bilateral ties from a strategic perspective, and boosted our cooperation with the new agreements we signed," Erdoğan said, referring to the seven deals inked during the meetings.
Following his meetings, Erdoğan departed from Qatar. The Turkish president arrived in Doha earlier in the day to attend the fifth meeting of the Turkey-Qatar High Strategic Committee.